Advertisement
HomeHOLLYWOODNews‘It’s going to be huge, still have a long way to go,’ says ‘Game of Thrones’ author George RR Martin on his upcoming book ‘The Winds of Winter’

‘It’s going to be huge, still have a long way to go,’ says ‘Game of Thrones’ author George RR Martin on his upcoming book ‘The Winds of Winter’

Game of Thrones author George RR Martin has shared that being in lockdown has helped him make ‘steady progress’ on his much-awaited book The Winds of Winter, which is the sixth installment in his fantasy series A Song of Ice and Fire. Sharing a blog update this week, the 71-year-old author wrote that he is doing his best in keeping safe in the wake of the Coronavirus pandemic and writing while staying in a cabin in the mountains. He wrote that he expects to complete the upcoming book in 2021.

He got specific on his writing routine and wrote on his blog, “I finished a new chapter yesterday, another one three days ago, another one the previous week. But no, this does not mean that the book will be finished tomorrow or published next week. It’s going to be a huge book, and I still have a long way to go. I have bad days that get me down, and good days that lift me up. But all in all I'm pleased with how things are going.” 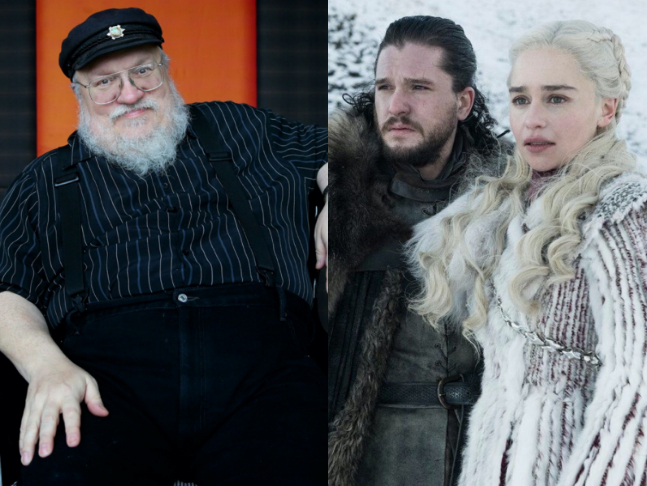 He also expressed his sadness for being compelled to cancel his trip to Wellington, New Zealand for the 78th World Science Fiction Conference, but mentioned that he will visit Wellington next year when "COVID-19 and The Winds of Winter, both will hopefully be over." He concluded his message, “Now you will have to excuse me. Arya is calling. I think she means to kill someone.”

Martin has had a tough 12 months as the Game of Thrones final season was panned by fans. The highly anticipated prequel starring Naomi Watts was also axed midway through filming. However, another series is on its way but Martin stressed on his blog, “I expect to be involved in (the production of House of the Dragon). But… let me make this perfectly clear… I am not taking on any scripts until I have finished and delivered Winds Of Winter.”

After not getting clearance to travel, pregnant Meghan Markle sends a