Model Cara Delevingne and actress Ashley Benson have split after dating for almost two years. The two broke up in early April, sources told a portal.

One source said that Delevingne and Benson ended their relationship in April, and that Delevingne has been spending time with friends including Margaret Qualley and her sister Rainey Qualley, as well as Kaia Gerber, while self-quarantining. "Cara and Ashley always had their ups and down before but it's over now," the source said. "Their relationship just ran its course." 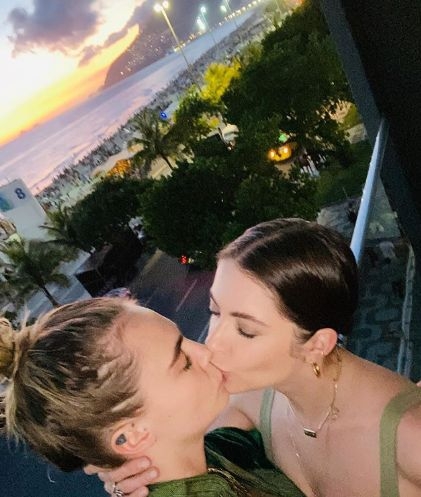 RECOMMENDED READ: Dear COVID-19, you can kindly f**k off: Jennifer Aniston shares a throwback photo of herself and clearly she's done with the pandemic!

Delevingne and Benson were first spotted together when they were photographed kissing at London's Heathrow Airport in August 2018. Delevingne confirmed their relationship in June 2019.