Advertisement
HomeHOLLYWOODNews25 years of F.R.I.E.N.D.S: How the coming-of-age 90s sitcom changed the notion of family

25 years of F.R.I.E.N.D.S: How the coming-of-age 90s sitcom changed the notion of family

Jennifer Aniston, David Schwimmer, Courteney Cox, Lisa Kudrow, Matt LeBlanc and Matthew Perry turned household names as soon as the popular American sitcom Friends premiered on September 22, 1994. Till date, the star cast is fondly known by their characters' names and why not, Ross, Rachel, Monica, Chandler, Phoebe and Joey are the kind of friends that last for a lifetime.

As the NBC’s classic show completes 25 years since its launch, we cannot help but wonder what is it about Friends that the show manages to stay relevant in our collective consciousness? Well, if you all remember the pilot episode (The One Where Monica Gets a Roommate), you certainly recall how Rachel Green – played by Jennifer Aniston – enters Central Perk in her wedding dress after leaving her orthodontist fiancé Barry at the altar. Soon after in Monica’s apartment, Monica, Phoebe, Chandler, Joey and Ross welcome her to the ‘real world’ and what follows is her tryst to begin her new life in the big city. In that exact moment, the audience was clear that Friends isn’t a sitcom about a quintessential domestic set-up but instead revolves around a group of friends who don’t know where they were heading, but are okay with it.

Going further, the show focussed on these young people’s lives who spent more time with each other than family. Not just that, in times when Rachel finds out that her parents are getting a divorce or Phoebe talks about her mother’s suicide or Chandler reveals his worst memories from Thanksgiving, the sixtet are there for each other even when their families were messed up. To say the least, they were each other’s alternative families, which were reliable. If we talk about the six characters per se, Rachel was ambitious but spoilt, Monica was caring but suffered from OCD which made her psychotic at times, Ross was a paleontologist with three failed marriages, Joey was a goofball who more or less lived off his friends, Chandler was sarcastic but had honest emotions when with the right people, and Phoebe was a lovable free spirit woman who had a troubled life. But together, they made a set of friends that one would die to have.

What’s more? Friends was definitely coming of age, as the show explored themes of same-sex marriage, infertility, adoption, surrogacy and single parenthood. And amidst all that, the makers managed to make ‘friends as family’ the universal theme with all the characters sticking by each other through bad relationships, career moves, weddings, divorces, and babies. In fact, after 10 seasons of the decade long show, it was rather interesting to note how their lives go back a full circle as they enter into domestic life with Rachel leaving her job in Paris to return to Ross, Phoebe marrying Mike and Chandler and Monica moving to suburbs to raise their twins. 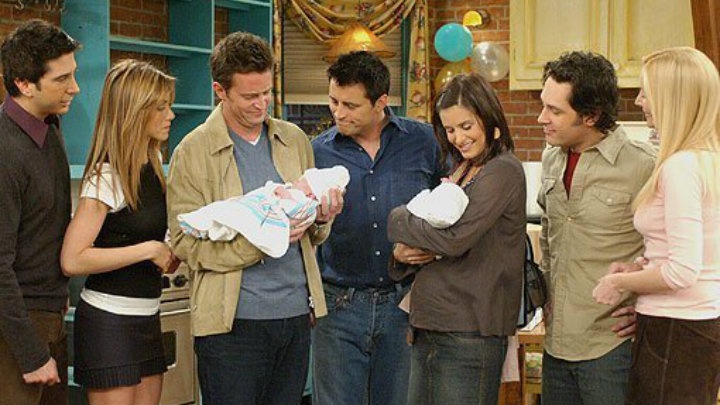 Summing it up, be it Rachel’s and Ross' "on again off again" romance (Were they really on a break?) or Monica's obsession with cleanliness or Joey's love for food and the group's long conversations sipping coffee on the couch of Central Perk, everything about Friends is still embedded in the minds of avid watchers. Nonetheless, it was the familiarity of the characters and the situations that the show still manages to stay relevant.

And there may be several shows like How I Met Your Mother or The Big Bang Theory or Happy Endings that later explored the idea of friends as family, there’s nothing like the comfort that Friends has to offer. And no matter what, IT’LL ALWAYS BE THERE for us!