Disney's ultimate fan event D23 Expo started with a mini-Iron Man reunion with Hollywood's charismatic Robert Downey Jr and director Jon Favreau getting together to pick the Disney Legend honour. They were named as Disney Legends at the 2019 Disney Legends Award ceremony here on Friday. Loud cheers, 'RDJ' chants and 'I Love You 3000' messages welcomed Downey Jr as he entered the hall and went to meet Favreau. They also captured the moment with a selfie.

Downey Jr, who won hearts all across the world as enigmatic superhero Iron Man, bid adieu to his superhero avatar with Avengers: Endgame this year. But he has etched a permanent place in the hearts as well as the world of Disney. "This is beautiful. I had a feeling that today will be beautiful. I'm delighted to be among such a rich and diverse group of humans, all seeking to reflect the many challenges of life through the lens of creative expression," said the actor, whose 2008 film Iron Man kicked off the phase one of the Marvel Cinematic Universe. 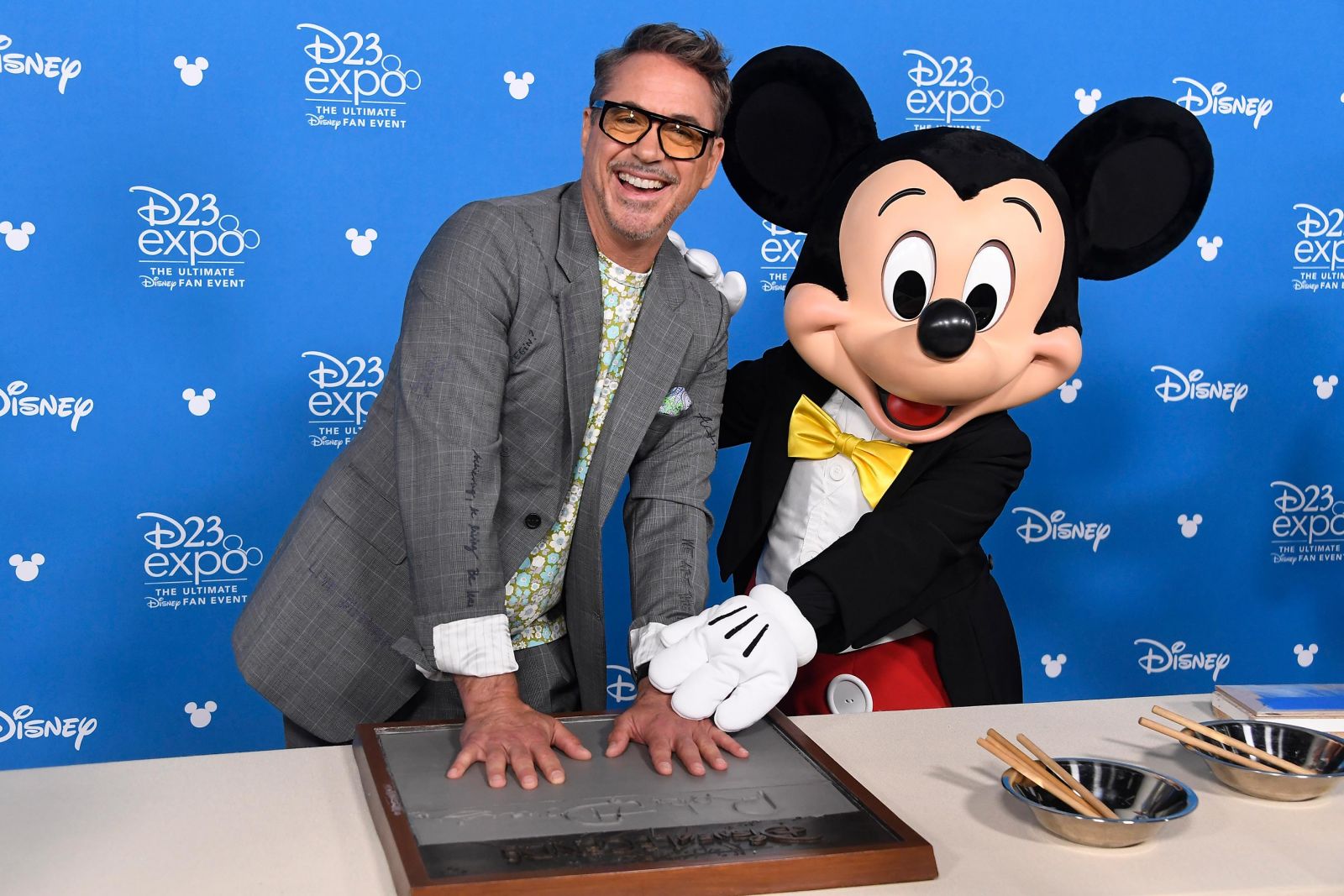 RECOMMENDED READ: Lizzie McGuire is back; Hilary Duff announces the reboot of the show that will stream on Disney+

Downey Jr entered the Disney World in 2006 with the remake of The Shaggy Dog. He went on to win hearts with his celebrated performance as Tony Stark as Iron Man. The role merged with his enigma and charisma, which seemed to match his real life persona, spearheaded the iconic blockbuster franchises Iron Man and Avengers. In fact, Iron Man's popularity was used well to bring back the Spider-Man franchise, introducing Tom Holland as the new web-slinger.

"For my part, playing Tony over many years, the thematic idea that technology can guide our species towards enlightenment or destruction, it's been a really worthwhile and ongoing meditation. Honestly, it's been a great gift," he added. Iron Man died trying to save the world from the wrath of supervillain Thanos in the blockbuster Avengers: Endgame. Though Iron Man may no longer be alive in the MCU, Downey Jr. is happy to be a part of the family. "I get to remain a fan of the first inclusive and evolving cinematic universe ever so far," he said. "Here's to the future." 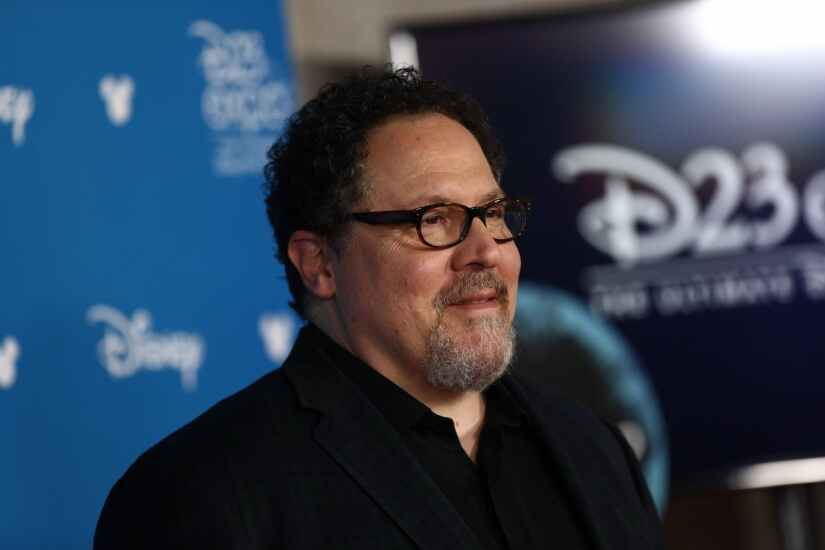 Favreau, the man behind Iron Man (2008), Iron Man 2 (2010), the live-action remake of The Jungle Book (2016) and this year's reimagining of The Lion King, was honoured for telling great stories and his effort to bring back evergreen tales for the world. "Thank you to all. Thank you for creating a dialogue through storytelling and creating memories for each and next generation," said Favreau, who wore a suit with a picture of Simba inside the jacket to the event. He went on to praise Walt Disney as the original master of creating old myths and technology together to create "indelible memories". "To create a culture we all grew up in... I would like to thank Disney and all of you for the opportunity to tell these stories, to explore technology, and help bring magic to the next generation," said Favreau, who also made appearances in several Marvel Cinematic Universe films as Tony Stark's loyal bodyguard Happy Hogan.

Legendary actor James Earl Jones, Bette Midler, Kenny Ortega, Hans Zimmer and Christina Aguilera were among the 12 names who were honoured for their contribution in taking forward the Disney legacy. It was a disappointing moment for fans when host and Disney Chairman and CEO Bob Iger announced that Earl Jones, Midler and Zimmer could not make it to the ceremony. However, they sent in special messages for the fans. "Thank you, and may the Force be with you," said Earl Jones, who has voiced iconic characters like Darth Vader and Mufasa. Zimmer said that he is "forever grateful" to Disney for giving him an opportunity to bring stories to life with his compositions. "Thank you. It means the world to me," he said. 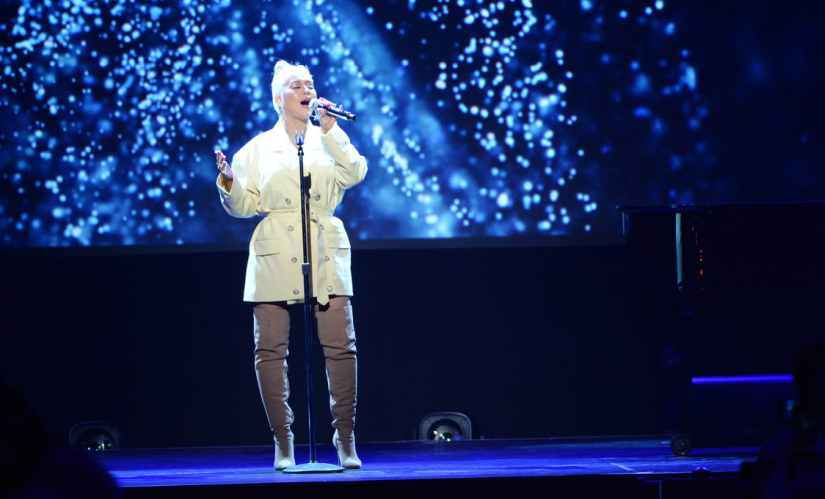 Midler's daughter Sophie Von Haselberg came to accept the award and gave an emotional speech. "In all my performing life, and that's 50 years now, I have never called myself an artiste. I never thought of what I do as art. I thought it was just entertaining. But in joining this class of artistes today, after all these years, I feel that I have finally earned the right to call myself an artiste. So thank you for this. And thank you for that. I'm very grateful," read out Sophie from the speech that her mother wrote for the ceremony. Aguilera, who opened the event with her performance on Reflection, was on cloud nine, and exclaimed "this is way cooler than a Grammy". The ceremony was held at the Anaheim Convention Center.