A lot of times films do not appeal to critics but they do fantastic business at the box office and Venom is one of those films. Now, the latest buzz is that Sony is planning to make a sequel to the film and shelling out big bucks for it. It has been confirmed that the Spider-Man comic books characters will be making a splash once again on the silver screen and so will Tom Hardy who will be reprising his role as the antagonist. In a recent interview, producer Amy Pascal confirmed that Hardy will be returning as Eddie Brock and his alter ego Venom for the sequel.

Speaking about the character and the actor Amy confessed that there is no better actor to play the Symbiote in the film. She said, “I can say that Tom Hardy will be back, magnificently playing that character as no one else can.” Talking about the film’s success she added, “It's a couple of things. One of them is that Sony did a great job creating that franchise and giving it a life and giving it its own world. Then there's Tom Hardy. When you think of Venom (the character), you'll never be able to think of anyone but Tom Hardy sitting in that bathtub of lobsters. And once you saw Tom Hardy do this character, that's all you needed to know." 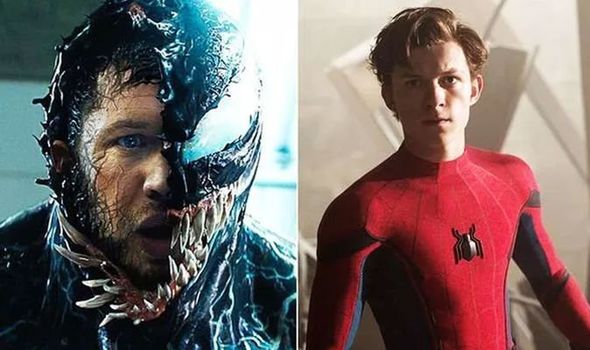 However, fans are curious to know if Tom Holland who plays Spider-Man will feature in these films with Tom Hardy. Ideally, the Marvel superhero should have appeared in Venom but the makers kept them apart. Now, that a sequel is in the works, will they feature in the upcoming Spider-Man or Venom films. However, there is still hope for the fans as Marvel Studios’ Kevin Feige told a portal, “Sony has both those characters and has Venom in their world. I don’t know what their plans are for another Venom or if they’re doing that. But it seems likely at some point.”

Right now, fans can see Holland bring the friendly neighbourhood Spider-Man on the screens on July 5 in his film Spider-Man: Far From Home.