Never-seen-before footage of the Duchess of Sussex Meghan Markle sporting a sari has emerged and the internet has made it viral. Meghan can be seen embracing traditional Indian culture in a secret trip she made to India back in January 2017.

The 37-year-old travelled to New Delhi and Mumbai shortly after her romance with Prince Harry went public as part of her work with the charity World Vision. In the picture, Meghan can be seen wearing a sari with shades of blue and green, with a traditional tilak on her forehead. 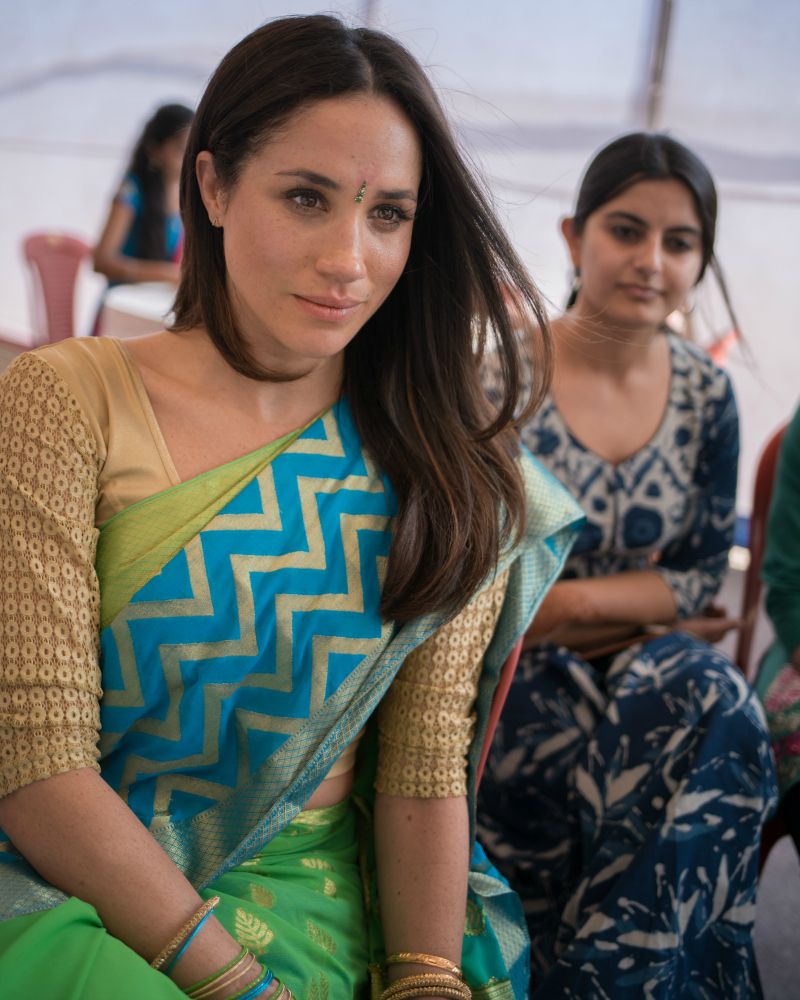 While in India, Meghan was keen to highlight issues of gender equality and girls’ limited education in the country. She also visited schools where she helped paint a mural and plant flowers in the garden.

While on a visit to the school, Meghan said, "What we found is that the enrolment at this school went up three times once the latrines were built so that girls had access to clean hygiene and bathroom facilities while they're at school." She said some girls are forced to drop out of school because they don't have "bathrooms available to care for themselves". 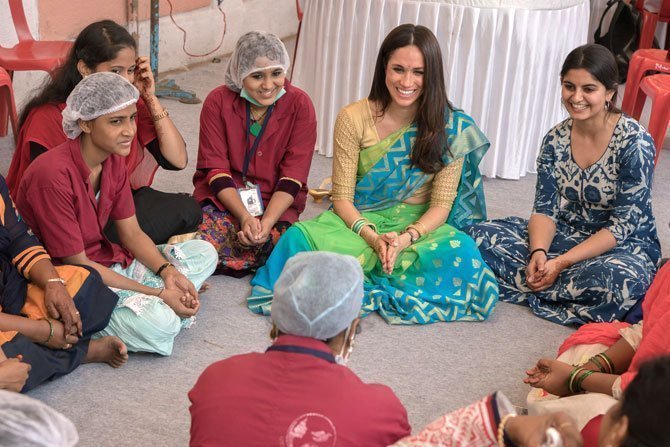 Meghan also took part in high-level meetings with various NGOs, including an audience with Shamina Shafiq, a former member of the National Commission for Women. She was also introduced to the Myna Mahila Foundation, which works with women and girls who live in Mumbai's urban slums.

Kanye West announces his bid for US Presidency, Twitter begins a sexist troll fest on Kim Kardashian being the First Lady