Advertisement
HomeHOLLYWOODNewsWatch: Game of Thrones spoof video by Lilly Singh is hilarious AF and has a Harry Potter reference thrown in too

Watch: Game of Thrones spoof video by Lilly Singh is hilarious AF and has a Harry Potter reference thrown in too

The upcoming final and eighth season of popular HBO series Game of Thrones will be airing from tomorrow and fans can’t wait patiently for it. The social media is full of spoilers, theories, cannons and memes on the show. Joining the long line of memes and spoofs on GOT is YouTube star Lilly Singh who has taken the hilarity quotient one notch higher with a new spoof video on the fantasy series.

The latest spoof video released by Lilly will make you laugh out loud and we bet you will end up rolling on the floor laughing. She made a hilarious video of why she could never be a part of the Game of Thrones. Apart from forgetting the character names that are hard to remember and the lines she also brought in a Harry Potter reference. This is probably the best spoof video out there that will even appeal to hardcore Game of Thrones' fans. 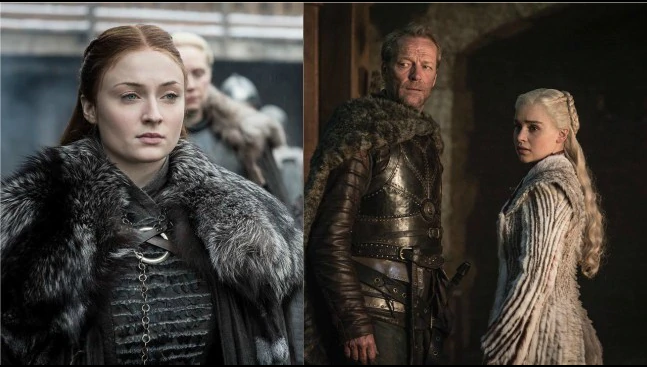 RECOMMENDED READ: Waiting for Game of Thrones? Here’s where you can watch the final and eighth season of GOT in India

The final season of Game of Thrones will premiere tomorrow on HBO for the US. However, in India you can watch it on Hotstar Premium app and website at 6.30 am on April 15 which will coincide with the US’s timing.

I'm half and half on it: Rapper Tyler, the Creator has mixed feelings

It's a family affair! Billie Eilish and her brother Finneas O'Connell

Grammys 2020: Usher and FKA Twigs team up to pay a tribute to late singer and iconic artist Prince