Post canceling bulk orders overnight amidst the pandemic, Swedish retailer H&M has managed to face flak once again. The big fast-fashion giant and Indian e-retailer Myntra have come under fire for blatantly ripping off a Russian artist’s concept for their latest Diwali Ad Campaign. Oops!

Featuring actors like Radhika Madan, Vikrant Massey, Tamannaah Bhatia, Sobhita Dhulipala, Karan Tacker and Arjun Mathur, this Ad campaign gave a sneak peek of the festivities in the new-normal scenario after the Coronavirus pandemic. However, the concept in the question that featured Tamannah and Vikrant hitting it off on a virtual date setting via projector has been said to be blatantly ripped off from the work of a Russian artist Karman Verdi. Karman lashed out at the fast-fashion giants for stealing his concept and idea and accused them of plagiarism. 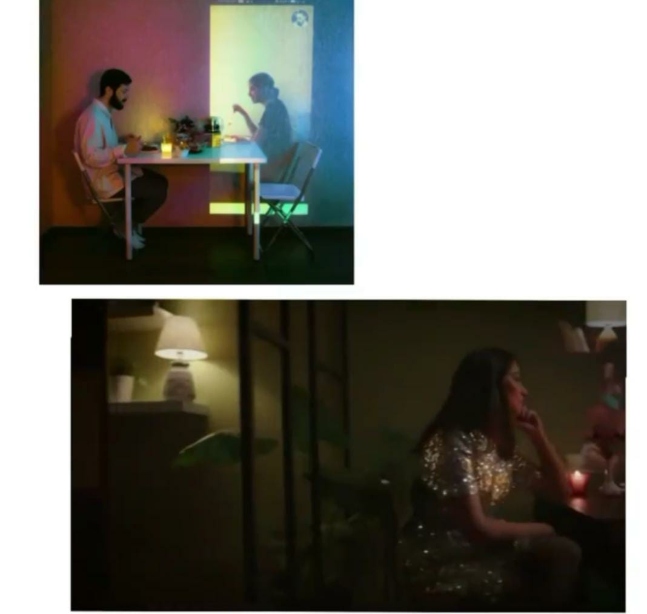 The visual artist has initially come up with this idea back in March when the world was under a lockdown and social interactions have been restricted. Check out his post below:

Fashion police Diet Sabya lent its voice to the artist and also pointed out the similarities between both the frames, calling out both the big brands for making a ‘lazy copy without credits’. After a lot of flak and backlash, the advertisement was later taken down. 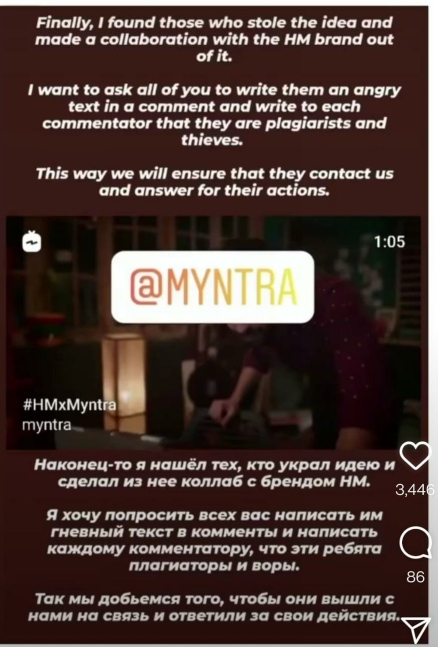 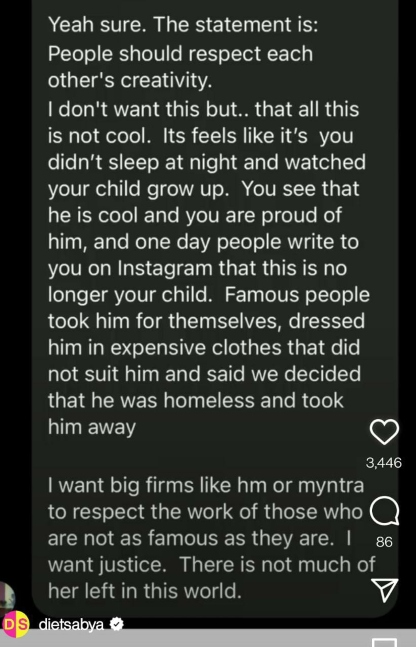 In an interview with a leading daily, a disappointed Karman revealed that neither H&M nor Myntra contacted him for any sort of permission. It's just, my idea was simply taken away from me without even asking for permission. They already know about the problem. But they choose to be silent as if the problem will be solved if you just wait out the moment,” he said.

Post the backlash, H&M responded to the accusations stating the similarities were purely circumstantial. The pandemic and the resultant lockdown across the world have brought people closer than ever before. Our festive campaign film has many elements that highlight the new normal for us in these unprecedented times. One of these elements is the projection technique of people on wall surfaces. This technique has been in representation for a long time, and has always served as a mnemonic for virtual relationships. Our visual depiction for the frame that in question has simply built upon this commonly used concept. We respect the creativity, vision and uniqueness of all artists and any similarities are purely circumstantial." Myntra on the other hand, denied any role in the now pulled down Ad campaign. “Myntra was not involved in the creation of this advertisement. H&M is our partner and their products are available in India on our platform and hence, we are mentioned in this commercial," it stated.

Gandi copy or co-incidence? What’s your take on this?