After promoting skin whitening for years, HUL’s newly renamed ‘Glow & Lovely’ has dropped its first inclusive advertisement featuring dark-skinned rapper and song-writer DeeMC. With a tagline that says ‘Glow ko na Roko,’ the ad campaign promoted the ‘indomitable spirit of every woman along and her ‘unstoppable’ glow of confidence. “It’s a rallying call to forge ahead on what you want to achieve, knowing your inner strength and breaking barriers of inner doubts or societal norms to bring forth your glow of confidence,” read an excerpt from its caption.

The latest advertisement sparked some debate on social media and left the internet in splits. Fashion police Diet Sabya even took it to its social media account to ‘discuss’ the topic and asked for inputs from the netizens.

Recommended Read: In an attempt to inclusivity, HUL rebrands ‘Fair & Lovely’ as ‘Glow & Lovely’; gets called out!

Many lashed out at the ad campaign for 'trying too hard to fit in' by abandoning their business model and functioning that continued for years. Netizens were not happy with the product's rebranding or its newly launched advertisement campaign given they promoted skin whitening for years. However, some came in the support of the brand saying it's trying to be inclusive. Check out the comments below: 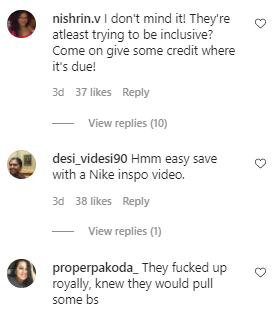 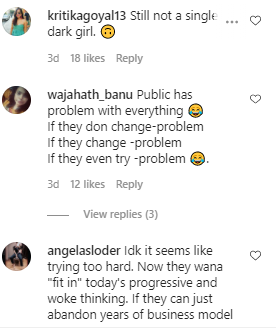 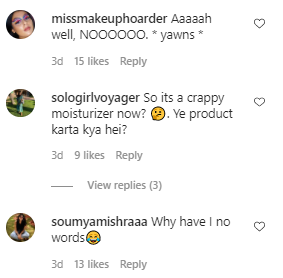 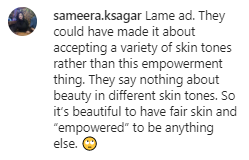 The FMCG giant and its skin whitening product were first called out amidst the Black Lives Matter movement that started in the United States of America and later spread across the globe. Post the backlash, HUL dropped the word ‘fair’ from Fair & Lovely and renamed it to Glow & Lovely as a part of their rebranding campaign. However, the backlash didn’t stop for the FMCG company and its cosmetic product as they were serving old wine in the new bottle.

In changing times where ‘fairness’ is not considered the standard of beauty anymore, Glow & Lovely's new ad campaign seems to take a small step in the right direction. Or is it too little too late for the brand given what was promoted for years can't be undone in a single advertisement? What's your take on this entire fiasco?

There’s no pink for girls or blue for boys: Alia Bhatt talks about h