Amitabh Bachchan’s fans are in for a treat as the Shehenshah of Bollywood is gearing up to storm the theatres with his next upcoming sports drama, Jhund. Directed by Nagraj Manjule the film is finally all ready to release on March 4 in cinemas. The film is a rarity in Big B’s stellar career as for the first time he is playing a real-life character, that of a retired sports teacher and founder of an NGO called 'Slum Soccer' in Nagpur, Vijay Barse. In most of his films Amitabh has always played a fictional character and never brought to life the story of a real person. However, Jhund also ticks that remaining bucket list for Big B.

Who is Vijay Barse? 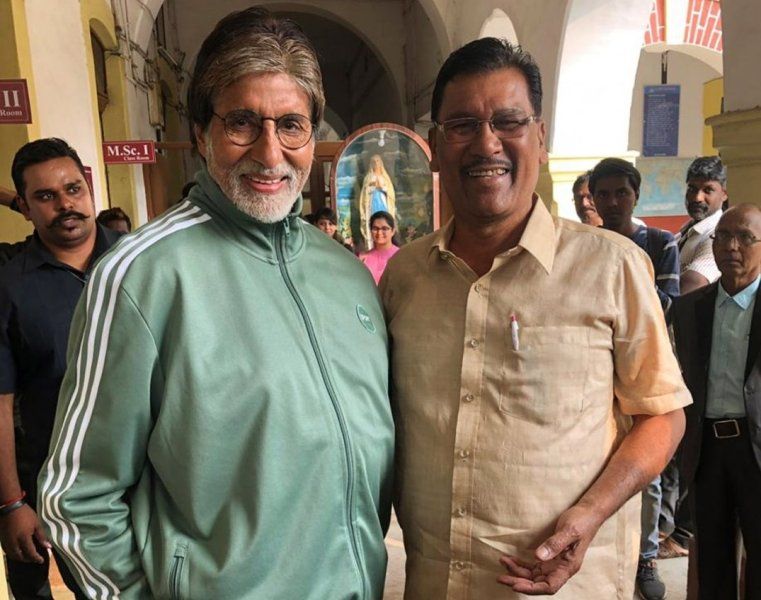 RECOMMENDED READ: Chak De India, 83 and other films that celebrated the triumph of underdogs before the release of Amitabh Bachchan’s film Jhund

Jhund is based on an inspirational real life story of sports coach and NGO founder Vijay Barse, whose role is being essayed by Amitabh. Vijay Barse is a retired sports professor from the Hislop College in Nagpur. He reportedly saw a group of slum kids playing soccer with a makeshift football, he decided to teach them the nuances of the game so that they can steer clear of being a part of anti-social activities like drug peddling and other crimes and started a soccer club. Barse decided to organize a tournament with some of his college friends and make slum children take part in it. In 2001, Barse reportedly planned a slum soccer tournament in Nagpur and as many as 128 teams took part in it. He even built a football academy near Nagpur for the underprivileged kids from the money he received post retirement. He established the Krida Vikas Sanstha Nagpur (KSVN) with his wife, Ranjana Barse, and son, Abhijeet Barse.

In 2014, Barse’s inspiring story received nationwide attention when he featured in the first episode of Aamir Khan’s show Satyameva Jayate season 3. Post this appearance, he came into public glare and received much adulation across the country.  In 2012, he was honoured with the ‘real hero’ award by Sachin Tendulkar.