Advertisement
HomeTELEVISION NEWSEXCLUSIVE NEWSPeepingMoon Exclusive: Rekha’s got a role in Bigg Boss too?

Gorgeous yesteryear actress Rekha was known for her classic Indian looks that transformed the screen whenever she made an appearance in a Bollywood film. Not for her dialogue delivery. But PeepingMoon.com has reliably learned that Rekha’s soft and husky voice is going to be exploited in the reality show Bigg Boss OTT hosted by Karan Johar on Viacom18’s streaming and premium streaming services Voot and Voot Select respectively.

Rekha’s reportedly doing the voiceover for a new feature called ‘Tree Of Fortune’. Bigg Boss OTT ends in five weeks from now. The top contestants will get a chance to enter Salman Khan’s Bigg Boss 15 on Colors. Sources say Rekha is going to be introducing them to Salman in a Tree Of Fortune format. Highlighting their plus and minus points and emphasizing why they should be a part of the reality show’s 15th edition. 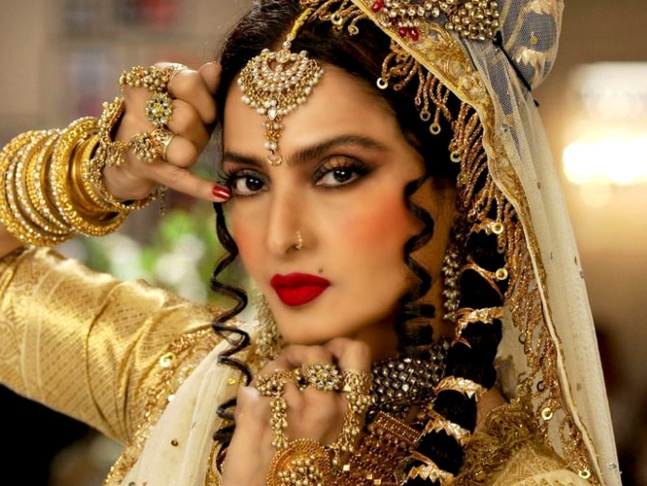 Rekha has already dubbed her portions at a recording studio in Juhu. Reportedly, in the past, Rekha dubbed for the Telugu actress Soundarya who played Amitabh Bachchan’s wife in the film Sooryavansham. She also recently shot two promos of the popular daily soap Ghum Hai Kisikey Pyaar Meiin and is expected to do a cameo in the show as well.