In the month of June, Kumkum Bhagya actor Zeeshan Khan made headlines for planning to board a flight back to Mumbai from Goa in a bathrobe. Yes, a bathrobe. In no time, he found himself on the trend list for the week. Sometime later, the young actor wore a Panda suit and surprised Bollywood actor Kartik Aaryan. Known for his quirky looks, some netizens went on to call him the "Ranveer Singh of TV" for pulling off unusual outfits without any inhibitions. Now, Zeeshan is ready to participate in Bigg Boss OTT, hosted by Karan Johar.

For the first time, Bigg Boss is going digital and according to reports, the theme for the season is "Stay Connected". The show will premiere on August 8 on Voot and Voot Select. Ahead of Bigg Boss OTT's much-awaited premiere, PeepingMoon.com got in touch with Zeeshan. Talking to us, the actor revealed the reason behind signing the show. He dismissed reports of pulling off the bathrobe stunt for Bigg Boss OTT. He further reacted to be called the Ranveer Singh of TV and expressed his desire to create a piece of content with the Bollywood star in the future. 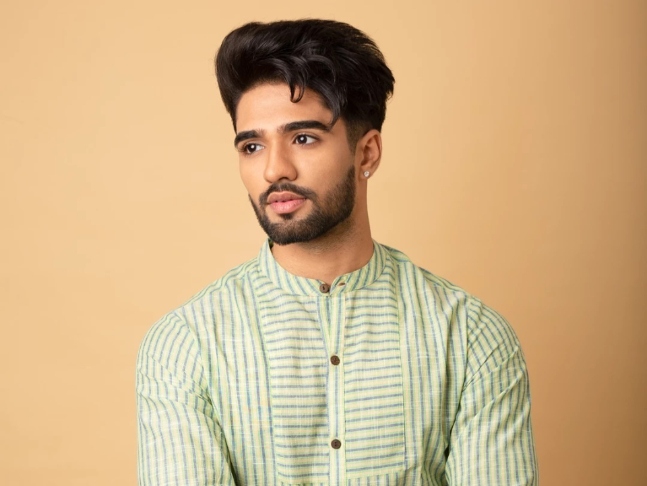 This is the first time Bigg Boss is getting a digital version. How have you prepared for it since we don’t know what’s going to happen inside the house?

I am really excited for Bigg Boss OTT because unlike what we see on TV, the digital edition has no restrictions and there are no rules. If you see my YouTube channel, you’ll see I do crazy things. Yes, even with YouTube I have to follow certain guidelines but with the format of Bigg Boss OTT, I can come in with my explosive energy. I am really excited to see what it has in store for us. I am a person who questions the norms. As long as you are not doing anything bad, wrong or hurting anyone and their sentiments, question the norms. If you are not wrong, why is society stopping you from doing anything? If you don’t question norms, how are you going to learn new things in life? Had Isaac Newton not questioned why an apple fell from a tree, we would never know about gravity. I encourage people to not follow anybody like sheep or cattle but make their own path and be a wolf. If everyone is going right, you go left. You never know what’s on the left until you go there and see. You might strike gold too. Always do things that are different as long as you are not doing anything wrong.

Bigg Boss is the best reality show in India. Most of them have watched the show. It gives me a big platform to connect with a large audience and show who Zeeshan Khan is. I want them to know that I am not like other actors who have a set pattern. I’m someone who is doing things differently, someone who is out there to reiterate the fact that you can be crazy, a fun-loving person and still pursue the profession that interests you. I want to put it out in the open that Zeeshan is crazy but a good person at heart. 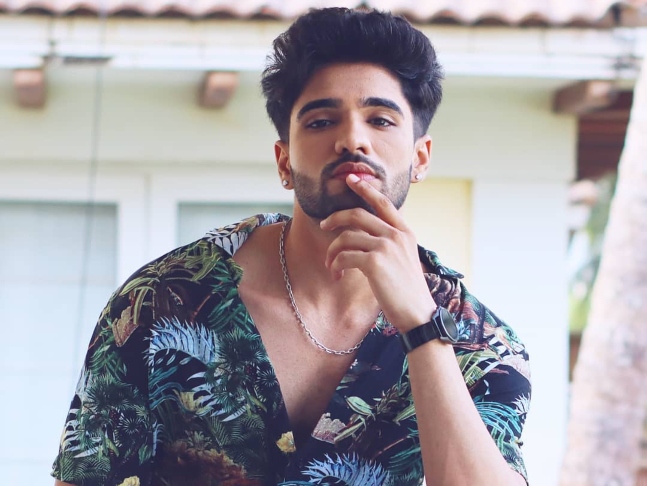 Bigg Boss OTT promises to be crazier than before. Are you prepared to tackle controversies, if they happen, once the show ends for you?

Of course, with the whole bathrobe thing, I’m the king of controversy! What else do you have in store, bring it on!

Many feel your bathrobe incident at the airport was a publicity stunt for Bigg Boss OTT….

Definitely not yaar! People often say, “Isne yeh kiya toh isko yeh kaam mila,” when something good is happening to someone. When we were in Goa (for Kumkum Bhagya), we had outdoor shoots. Weather-wise what is pleasant for you is hot for me. We used to wear thick clothes so every time we were done with our shoot, I would get into a bathrobe and roam around in it. I am half-Persian (my dad is Persian). Whenever I wore a bathrobe, my co-stars said I carry the look well and exude royalty. I really enjoyed that phase. However, I got disheartened when we were returning to Mumbai thinking I wouldn't get a chance to wear a bathrobe. That's when I decided to fly in a bathrobe. I never thought the video will go viral. It reached every corner of the world. After this whole thing happened, I got offered Bigg Boss OTT. I didn’t do the bathrobe thing for the show but I did it for myself. As I said, I don’t follow the norms, I question them. I wasn’t doing anything wrong. This wasn’t a publicity stunt for Bigg Boss OTT. What you need to understand is that I did something different, you are a part of the cattle, I am a wolf.

If you perform well, you’ll get a chance to enter Bigg Boss 15 after 6 weeks. Are you mentally prepared to stay locked without social interaction for a long period?

Of course, I am mentally prepared. I’m pretty much sure that I’ll enter Bigg Boss 15. I’m confident that I’ll lift that trophy up too. Many people will underestimate me saying, "Yeh toh bathrobe ki vajah se aaya hai." If people want to underestimate me, it is their call but I’m not going to be stupid to do that.

Kumkum Bhagya helped you reach out to the family audience. Are you hopeful that Bigg Boss OTT will widen your reach and make you a popular name among the youth?

Yes, definitely. Like I said, with my blogs, the whole idea is to encourage people to do something different as long as you are not hurting anyone or anybody’s feelings. We in the 'Zee Squad' believe in doing things differently and making history. This is what we have been doing. We made history with the bathrobe thing and now with Bigg Boss OTT, four of my dreams have come true. First is being a part of Bigg Boss, meeting Karan Johar, meeting Salman Khan and lifting the trophy up.

You even stepped out in the city wearing a Panda suit. Will the audience get to see such quirky looks and antics inside the house? Fans are terming you as the Ranveer Singh of TV for your outfits…

Of course, I rocked that look na. I could be called the "Ranveer Singh of TV" but I am Zeeshan Khan and I do things that nobody has done. It is a huge compliment to be compared to Ranveer Singh in terms of my quirky fashion. I love that guy and I honestly hope that in life I get a chance to make a piece of content with Ranveer. Our vibe will be on another level.

Are you expecting Bigg Boss OTT to give a push to your career?

Yes. There is no person who hasn’t watched Bigg Boss. My parents watch it religiously. They would wrap up their work before the show started and made sure they don't miss a single dialogue. I guess Bigg Boss OTT is going to be the best season because it has your boy coming in it with full energy!