Elders often say Jug Jugg Jeeyo when you bow down to seek their blessings. It literally means, "May you live a long life." In India, particularly, in the Northern region, this is a common phrase used to bless someone. But did you ever imagine Jug Jugg Jeeyo could be the title of a film? Thanks to Karan Johar, this was possible.

Karan's upcoming big-scale family entertainer is titled Jug Jugg Jeeyo. The film will release in theatres on June 24. Ahead of its silver screen debut, Raj Mehta, who directed the film, shared an interesting trivia related to the title. During an interview, PeepingMoon spoke to the filmmaker about the reason behind zeroing down on Jug Jugg Jeeyo as the title of the film. "The title was Karan Johar's recommendation. After watching the film, he felt Jug Jugg Jeeyo was perfect. Our film was initially titled Happy Anniversary. Since the film is very desi, we felt Jug Jugg Jeeyo was appropriate," Raj told. 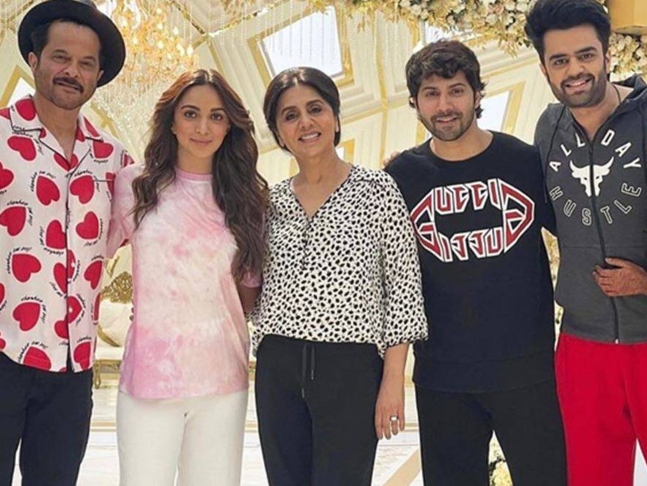 Jug Jugg Jeeyo is headlined by Neetu Kapoor, Anil Kapoor, Kiara Advani, Varun Dhawan, Prajakta Koli and Maniesh Paul. It revolves around a young married couple who are planning to separate from each other. However, during their visit to India for his sister's wedding, Kuckoo learns that his father has an extramarital affair and wants a divorce too.