Filmmaker Nitesh Tiwari's ambitious Ramayana trilogy will not get off the ground mid-next year as planned earlier. The mythological saga has been postponed again to accommodate the dates of its lead actors, Ranbir Kapoor and Hrithik Roshan, who will be busy with multiple projects for the majority of next year. With Ramayana supposedly starting only by 2022-end, the filmmaker is now planning a quickie in between, and, we heard, he has already finalized the lead actors.

Peepingmoon.com has exclusively learned that Nitesh Tiwari has signed Varun Dhawan and Janhvi Kapoor to play the leads in his next directorial, to be produced by Sajid Nadiadwala. It marks Tiwari's reunion with the producer after the 2019 superhit, Chhichhore, and Varun's fourth collaboration after Dishoom, Kalank, and Judwaa 2 while Janhvi is teaming up with him for the first time. The yet-untitled film is believed to be an entertaining love story, however, the plot and other details have been kept under wraps at this moment. 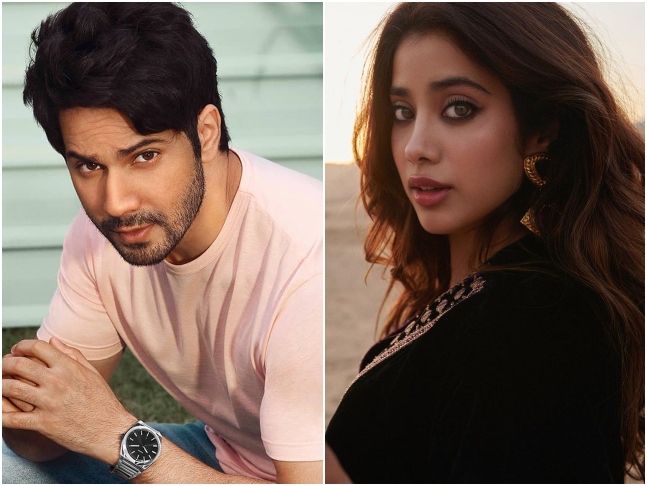 "Varun Dhawan has been committed to a Sajid Nadiadwala film since 2020. They were collaborating for an unabashed commercial entertainer titled Sanki that was being directed by Kesari fame Anurag Singh. However, with the COVID-19 pandemic that brought a huge shift to the audiences' taste courtesy of the boom of OTT platforms, Varun and Nadiadwala decided to call off the project and work on something else that's not just a masala potboiler. And that's when Nadiadwala pitched him Nitesh Tiwari's film. When Janhvi was approached, she also gave her nod immediately and everything fell into place soon," a source close to the development told us.

The Nitesh Tiwari film will go on floors in the first quarter of next year. Contrary to the media reports, Varun will first shoot for this film and then only head to his ambitious Arun Kheterpal biopic, Ekkis with Sriram Raghavan. Janhvi Kapoor is also expected to complete Sharan Sharma's heart-warming Mr. & Mrs. Mahi with Rajkummar Rao before starting the Nadiadwala production. Varun is also in talks with Mohit Suri for an action-packed love story, and Rajkumar Hirani for a true-story-based slice-of-life drama, however, the young star has not signed those projects yet.

Meanwhile, Varun Dhawan has a handful of projects coming up in 2022. He will next be seen in Raj Mehta's relationship drama Jug Jugg Jeeyo that also stars Kiara Advani, Anil Kapoor, and Neetu Kapoor in the lead roles. The film is nearing its completion and will release in theatres on 24th June 2022. He also has a monster comedy Bhediya with Kriti Sanon, scheduled to come out in cinemas on 25th November 2022. Janhvi Kapoor, on the other hand, also has two releases next year — Aanand L Rai's crime-comedy Good Luck Jerry, and the Hindi remake of Malayalam thriller Helen.