Raveena Tandon, in an exclusive conversation with Peepingmoon, has opened up about her 16-year-old daughter Rasha Thadani's Bollywood debut. The actress said that she will always give her children the freedom to follow their own career path and that Rasha's career decision belongs to her.

When asked if Raveena will be joining the industry, Raveena said, "That's completely her decision to make about her career. I have always said I have always given them freedom and I will always give the freedom to my children. My earlier girls as well as my older girls and Rasha and Ranbir Vardhan to choose their career paths."

Recommended Read: ‘Why are we only talking about marital rape & molestation, when will we make the change?’ asks Raveena Tandon slamming society for its nonchalant attitude towards women

She added, "I will always be there to support and be the wind beneath their wings and just guide them what's right and wrong and ultimately the decision is theirs. If it's a wrong decision, it's for them to learn a lesson." 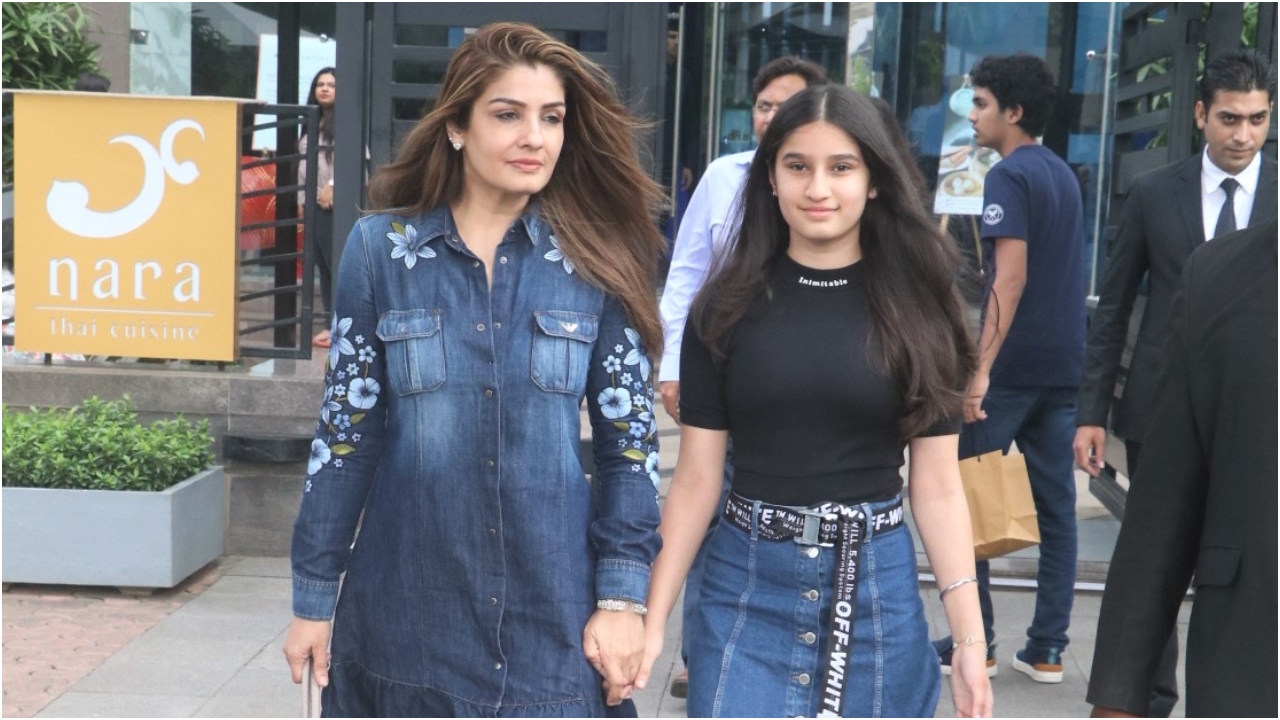 On the work front, Raveena is making her grand OTT debut as a tough pahadi cop Kasturi Dogra in Netflix’s upcoming crime thriller Aranyak. Aranyak is set to release on December 10, 2021, exclusively on Netflix. Produced by Roy Kapur Films and Ramesh Sippy Entertainment, Aranyak is helmed by Rohan Sippy as the showrunner and is directed by Vinay Waikul.