Advertisement
HomeBOLLYWOODEXCLUSIVEPeepingMoon Exclusive: My character is a lot like Sridevi; had to keep the innocence of unawareness alive to recreate the '80s- Sukhmani Sadana on her show Dil Bekaraar

Major OTTs frontrunners are offering audience a range of edge-of-the-seat thrillers to entertain them. Amid this, Disney+ Hotstar's upcoming series Dil Bekaraar promises to transport viewers to the '80s to make them enjoy the charm, grace, and simplicity of the bygone era. Based on the bestseller novel Those Pricey Thakur Girls written by Anuja Chauhan, the show stars Sukhmani Sadana, Raj Babbar, Poonam Dhillon, Sahher Bambba, Akshay Oberoi and others.

As Dil Bekaraar, directed by Habib Faisal is scheduled to release on November 26, Sukhmani, who plays the role of Anjani Thakur in the show, spoke to PeepingMoon.com. In the exclusive interview, the actress and editor of Face Magazine, opened up about her character, why Dil Bekaraar is a breath of fresh air on the OTT and what were the challenges the team faced while recreating the '80s. 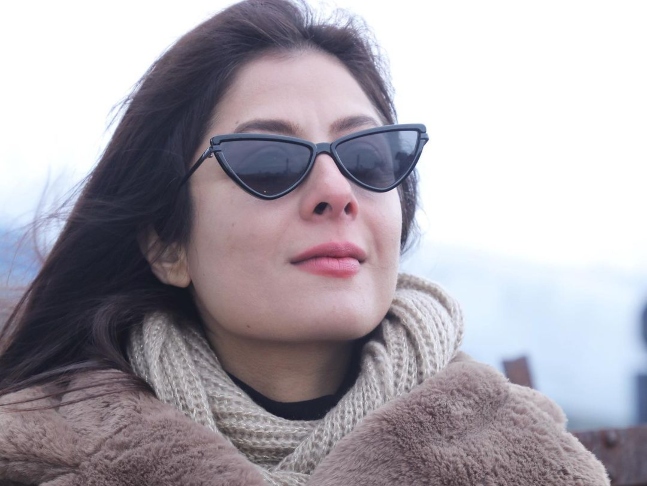 Those Pricey Thakur Girls is one of my favourite books. I have always been fond of it, and I have been waiting for years to watch it get adapted into a series. It so happened that it did. It was my pure luck to get a call to audition for one of the sisters' characters. I was really hoping for this show to work out for me. Even though it was about five sisters and not just about me, I wanted to do it because the book was so funny. It was one of those shows that I manifested to get, and it worked. The only reason I wanted to do was the brilliant book. It is a happy-go-lucky, bright, and chirpy show set in the 80s. It is the world that I really enjoy - from the colour TV to cable coming for the first time to the music. The storyline is cute. In simple words, I relate to it a lot. I knew that I was meant to do it. As vein as it sounds, I knew this show was mine. I knew it in my gut.

Since OTT is in demand and a lot of content is being created, what sets Dil Bekarar apart from the rest?

There is really progressive content that is being made now that is daring and cool. It is all very 2021. The action sequences are unmatched and good. Sometimes the grandeur of a project is immense and massive, but what makes this show different is that it does not have any of that. The simplicity, innocence, and naiveness of the 80s will get people attracted to the show. Nothing is over the top - the jokes are sweet, love is pure, and the storyline is simple. In today's time, when there is so much chaos, very serious or tech-savvy content is being created, somewhere this might be a slice of life. It will bring a smile to your face and make you forget tough things around you. It is a feel-good show and, on a day when you are feeling low, it is something that will cheer you up.

Tell us something about your character.

I play the role of Anjani Thakur. Her pet name is Anji Didi. The show is about these five sisters, and I play the elder sister. Even when I read the book, I found her character super hilarious and funny. My character is very bubbly, loud, attention-seeking, who thinks no end of herself. She thinks that she is the prettiest and funniest in the house and wants to give advice to people even if they are not asking for it. In all, she is very cute and endearing. She is not arrogant in her ways and loves her sisters to death. Basically, she is the kind of character that when it enters the room, it just lights up. She is charming, full of life and wants everyone to be happy, give hugs. She hates unpleasant conversations. The character is very optimistic.

How difficult was it to recreate the ‘80s?

Frankly speaking, the tough part was taken care of by the director, producer, art designer, and production team. They were the ones who had to recreate, and I think they did a fabulous job. Even when you would enter the Thakur House, you would literally forget that you are in 2021, and that's what made me enjoy the show even more. It had that era's paint, the crockery, and we had no gadgets on the sets. The clothes we wore, the furniture, the typical red and white table cloth, those cars, fridge - they recreated it very well. While having said that, as an actor, we made sure to the lingo and the language right. We had to get that Tehzeeb and Aada on point. We also had to keep the innocence of unawareness alive.

Did you take any reference from films/ TV show to prepare for your character and get the styling and other nuances right?

I took many references. I thought my character was a lot like Sridevi. I watched a lot of films from the 80s, and I also danced a lot to the 80s song because I had a scene where I had to dance. It is nice to watch things from that era because it gets into your skin, and you start breathing it. Before you release it, you are subconsciously there. I re-read the book to understand my character better.

OTT has erased the thin line between actors and superstars. Do you agree?

I am not sure if that is correct. I think we are getting there. The thin is getting thinner because now the true superstar is someone who is a great actor. While having said that, the times we are living in, I think superstars are still superstars, and good actors are good actors. I still feel the podiums are different, and the number one is still hogged by superstars. The magnitude and grandeur of these big stars are there to stay. 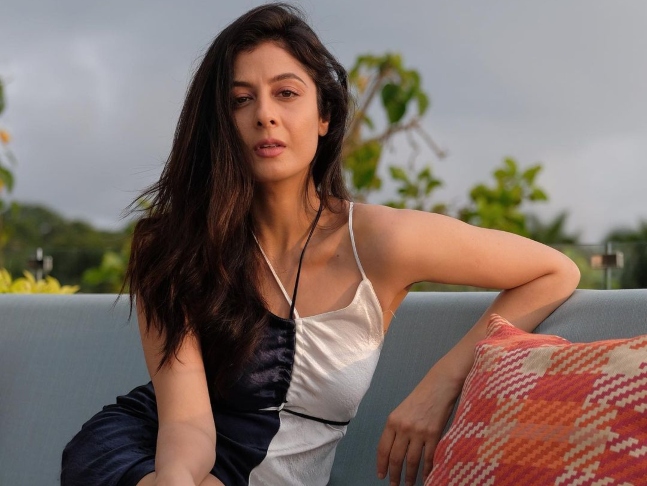 Do you feel OTT is the new voice of change?

Yes. I am so proud of my country and the audience, who are allowing the OTT to become the new voice. I feel a lot is being said and expressed. It is not restricted and free-flowing. Every web series comes with a meaning. It is a platform with an immense amount of opportunities that give voice to many. I am really proud of the creators for doing that by taking small subjects that are happening in the villages or talking about parliament by making Tandav. Imagine how much one can learn from these shows and expand his horizon.

You are also the editor of a magazine. How you do multitask?

I used to be in a bit of chaos earlier between managing writing, acting, and editing. I used to find it very difficult to manage time by taking time out for spiritual growth, keeping health intact, eating well, and having a social life. It gets exhausting! Now, I compartmentalise, and I multitask better now. If I have a writing project on my hand that is taxing, I will politely decline a show to act because I can not do a show while I am writing. Similarly, if I am in a middle of a chaotic shoot, I will say no to a writing project. I don't think it is fair on either one project for me to give half-hearted efforts. I like to do things with full attention. There is a lot of competition out there, and there is no way you will leave a mark if you do anything half-heartedly. For my magazine, I take out a few hours a day to oversee my team. During the same, I respond to emails, attend meetings, plan my next issue, and take interviews. I think dedicating a few hours a day to each one of my professions is an easier way to work than doing everything at the same time.

I am very excited about the Dil Bekaraar release on November 26. After that, I have Apharan, and we will soon announce the platform of the same. Then I have written a Netflix film, 84, starring Diljit Dosanjh. Ali Abbas Zafar has directed it. Apart from that, I have also written a short film Manoranjan for Large Short Film, starring Gul Panag. There is another show in the pipeline that I have wrapped already. I can not reveal much about it, but it will be a game-changer. It is an adaptation of an Israeli show. I have also signed another show, but I will talk about it soon.