The preparations for Vicky Kaushal and Katrina Kaif's big wedding have begun. The celebrations are scheduled to be held from December 7-12 at the Six Senses Fort hotel in Rajasthan's Sawai Madhopur district. Many local and Mumbai-based event companies have been hired to organize different events for this grand wedding. A 10-member team has already reached the venue to monitor and set the arrangements. Now, we heard, amidst the preparations for the big day, Vicky Kaushal is busy with his shooting commitments.

Peepingmoon.com has learned that Vicky Kaushal is shooting for Dinesh Vijan's next romantic comedy with Sara Ali Khan. The actor has quietly been filming for the Laxman Utekar directorial since 17th November in a Mumbai studio. "Vicky's marriage hasn't hampered the film's shooting and went on floors as planned. He will shoot for the film this whole month and then take a 15-day break for his wedding. The makers are currently shooting the interior sequences in Mumbai and have planned the outdoor shoots in Madhya Pradesh from mid-December," said a source close to the development. 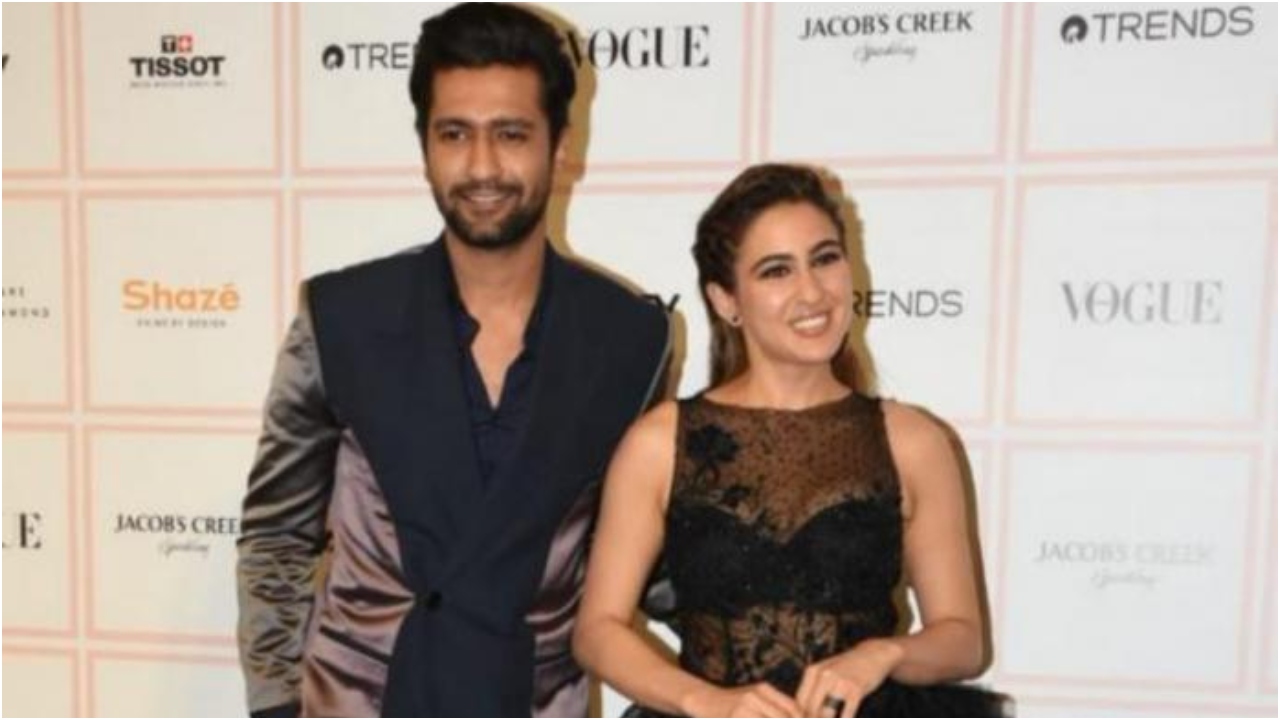 The yet-untitled Maddock Films production is a small-town love story that also drives an important social message home. Vicky and Sara will be playing the role of a married couple who wants a house of their own away from their joint family. How they use the Indian government's flagship program Pradhan Mantri Awas Yojana (PMAY) to get a house and what dramas unfold to get eligible for the scheme form the crux of the story. The film is supposed to hit cinemas later next year.

Meanwhile, Vicky Kaushal has also signed yet another rom-com that will see him romancing Bulbbul actress Tripti Dimri. Bandish Bandits fame Anand Tiwari will direct it for the Dharma Productions banner. It will go on floors in February 2022 and release in 2023. Sara Ali Khan is next gearing up for Aanand L Rai's Atrangi Re that co-stars Dhanush and Akshay Kumar. She also has Gaslight with Vikrant Massey in the pipeline, expected to roll early next year.