Advertisement
HomeBOLLYWOODEXCLUSIVEPeepingMoon Exclusive: Arjun Rampal, Mustafa and Vishal Jethwa in Abbas-Mustan's Three Monkeys; and it's not the remake of Money Heist

PeepingMoon Exclusive: Arjun Rampal, Mustafa and Vishal Jethwa in Abbas-Mustan's Three Monkeys; and it's not the remake of Money Heist

The iconic director duo Abbas-Mustan has started shooting for their next project. It's a heist film titled Three Monkeys and stars Arjun Rampal in the lead role. The film went on floors on 13th November in Mumbai and would be completed by the end of December to hit theatres mid-next year. However, the film is not "a Desi spin on Money Heist" as being speculated in media. Sources close to the project have clarified that Three Monkeys is an original script and not a remake or adaptation of Money Heist or any other foreign film or series.

"Abbas-Mustan's new film is a young and fresh thriller drama that deals with society's perception of youth. It's a film that connects with the public of all age groups for its unique storytelling packed with thrill and suspense. Yes, it's a robbery film with a similar vibe but has nothing to do with the popular Spanish series Money Heist. Neither Arjun Rampal's character is on the lines of Professor. He is playing a cop searching for three robbers in this film," the source informed us. 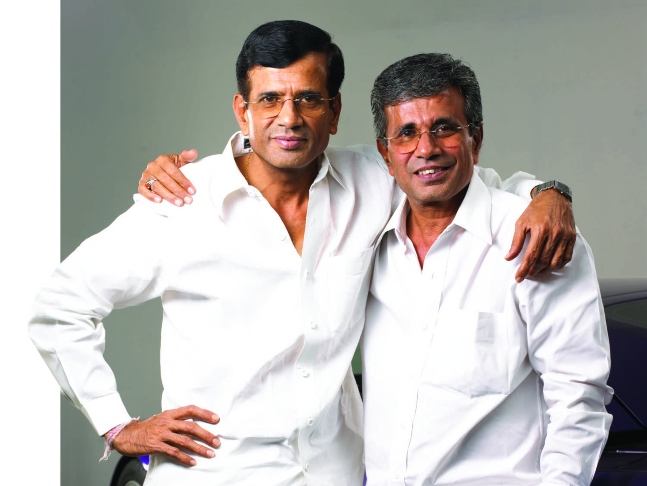 Apart from Arjun Rampal, Three Monkeys also stars Abbas' son Mustafa Burmawala and Mardaani 2 actor Vishal Jethwa. They will be playing two of the three young robbers with hidden motives in this gripping thriller drama. The film is being produced by Faruk Allarakha Vohra's AV Picture Production LLP which is entering into the movie production business with this film. The thriller also marks Abbas-Mustan's comeback to theatrical films five years after their last outing, Machine that launched Abbas's son Mustafa to the showbiz.

Meanwhile, Abbas-Mustan is next gearing up for their digital debut with the Netflix film Penthouse that will premiere in the first quarter of 2022. It's a slick and stylish whodunnit starring Bobby Deol, Arjun Rampal, and Sharman Joshi in the lead roles. The film is the official remake of the 2014 Belgian film, The Loft.

PeepingMoon Exclusive: Not fearing competition from The Kapil Sharma S

PeepingMoon Exclusive: ‘36 Farmhouse is a mass entertainer, it has e

PeepingMoon Best Of 2021: If the title of Chaka Chak is now left with me forever, I think that's just amazing - Sara Ali Khan