The "Pan-India" concept is no longer restricted to theatrical movies. The OTT platforms have also started making web shows that feature actors and stars from across the Indian film industries. Filmmakers duo Raj & DK introduced Samantha Ruth Prabhu to the Hindi audiences with the highly acclaimed second season of The Family Man and are next doing an Amazon Prime series that brings together Shahid Kapoor from Bollywood and Vijay Sethupathi from Tamil cinema. The Family Man 2's co-director Suparn Verma is also directing a Pan-India web show that will star Telugu superstar Venkatesh and his nephew Rana Daggubati in the lead. Abhishek Chaubey's yet-untitled Netflix series with Manoj Bajpayee will also have actors from Hindi as well as the South film industry. Many South film stars are lately opting for big-scale Hindi web shows breaking the language barriers, and if all goes well, Malayalam superstar Prithviraj Sukumaran will be the latest to join the bandwagon.

Peepingmoon.com has exclusively learned that Prithviraj Sukumaran is in talks with Yash Raj Films for a web series. It's a limited thriller series that's being planned for the next year. "Prithviraj has been offered lots of Hindi projects in the last one year. However, most of them were not exciting enough that would be worthy of his time away from the Malayalam films. But now he has finally got something that has intrigued and thrilled him. Prithviraj has loved what Aditya Chopra pitched to him recently and they are now working on the dates. If things materialize, this YRF web series will mark Prithviraj's debut in the OTT space," a source close to the development told us further adding that it would also be his second collaboration with Aditya Chopra after the 2013 action-thriller Aurangzeb. 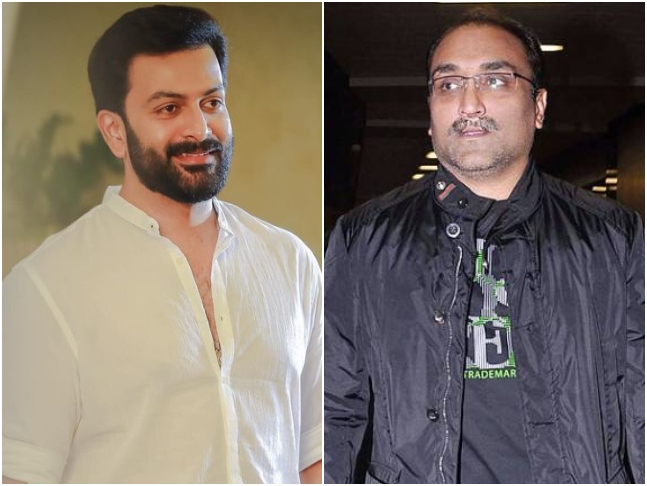 Prithviraj has worked in only three Hindi films so far and this YRF show would mark his return to Hindi cinema five years after his last Hindi outing, Naam Shabana. The news of his Bollywood comeback has surfaced soon after he announced his production company's foray into Hindi films with the remake of Driving License that will star Akshay Kumar and Emraan Hashmi in the lead roles. Prithviraj's 2020 action thriller Ayyappanum Koshiyum is also being remade in Hindi with John Abraham and Arjun Kapoor leading the cast under Jagan Shakti's directorial.

Yash Raj Films has been working on multiple OTT projects under its newly formed separate digital content division. Their in-house writers and directors have been developing a couple of web shows that are distinct in their look and have fresh, contemporary, and engaging storylines. As we revealed exclusively last month, late Irrfan Khan's son Babil is set to headline YRF's first web series that will be directed by Shiv Rawail. The five-episode Bhopal-based show will go on floors in November. The production company is also working on a web series that will be directed by Mardaani 2 fame Gopi Puthran.