Advertisement
HomeBOLLYWOODEXCLUSIVEPeepingMoon Exclusive: After Taapsee Pannu and Ayushmann Khurrana, Anubhav Sinha teams up with Rajkummar Rao for his next directorial!

PeepingMoon Exclusive: After Taapsee Pannu and Ayushmann Khurrana, Anubhav Sinha teams up with Rajkummar Rao for his next directorial!

After the COVID-19 induced lockdown that lasted for almost one and half years, the Bollywood film industry is slowly and steadily getting back to work in full mode. Actors who were left with no choice but to stay indoors for the majority of the period are now shooting films after films without taking a break. Rajkummar Rao is no different. The Newton actor has been shooting back-to-back for Vasan Bala's Netflix film Monica, O My Darling, and the remake of HIT: The First Case ever since the shootings were allowed post the second COVID-19 lockdown. Furthermore, he has already signed two new projects that will go on floors next year.

Now, Peepingmoon.com has learned that Rajkummar Rao has signed filmmaker Anubhav Sinha's next directorial. The yet-untitled film is said to be a social drama based on an untouched issue and will see Rao exploring a space he hasn't attempted before. "Rajkummar Rao loved what Anubhav Sinha narrated to him, and immediately came on board. The director is again exploring a hard-hitting subject on a very relevant subject that often gets ignored. It has a great script filled with triggering pertinent dialogues, and Rao can't wait to get into the skin of this fascinating character he is playing in this social saga," a source close to the development told us, further adding that the film will go on floors in November in Lucknow. 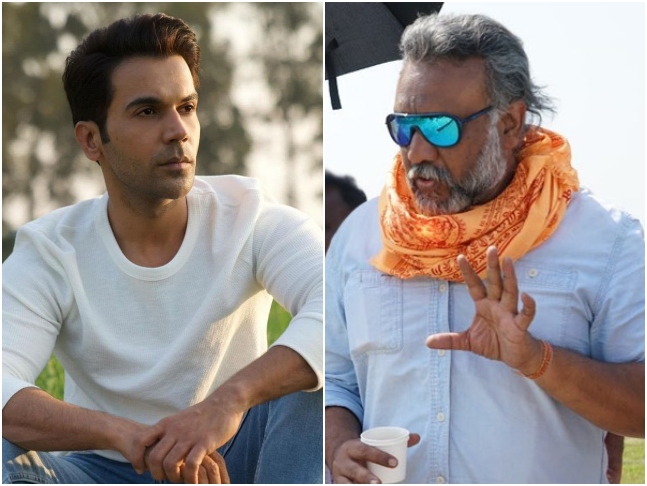 Anubhav Sinha, in his avatar 2.0, has lately been making films on subjects that are usually brushed under the carpet. His recent films have not only won awards and accolades but also garnered respectable numbers at the box office. His Mulk starring late Rishi Kapoor and Taapsee Pannu explored Islamophobia and religion-based stereotyping while Ayushmann Khurrana starrer Article 15 addressed the issue of cast discrimination, oppression, and privilege. His last year's release Thappad was about domestic violence whereas his upcoming Anek with Khurrana is an action-thriller set in North-East India, again based on a common social issue. The filmmaker's film with Rao marks their first collaboration.

Rajkummar Rao has six projects lined up to release in the coming year. His family comedy Hum Do Humare Do co-starring Kriti Sanon, as we revealed last week, will directly premiere on Disney+Hotstar later this year while Junglee Pictures' Badhaai Do with Bhumi Pednekar is scheduled to release in theatres in early 2022. He is currently shooting for HIT remake with Sanya Malhotra and then will move to Anubhav Sinha's film. He will kick-off the year 2022 with Dharma Productions' cricket film with Janhvi Kapoor that Gunjan Saxena: The Kargil Girl fame Sharan Sharma is directing. Apart from these films, he is also doing a Netflix film with Vasan Bala, and a web series with The Family Man creators Raj & DK.