Advertisement
HomeBOLLYWOODEXCLUSIVEPeepingMoon Exclusive: TV has now become so technical that the heart is missing, here's where the problem lies- Aman Yatan Verma

After a career spanning over 2 decades, Aman Yatan Verma is playing a cop once again in &TV's Mauka-E-Vardaat. Joining him are Mona Singh, Tanya Abrol, Shahbaz Khan, Piyush Sahdev and Gaurav Khanna. The show is currently airing on &TV and sees Aman bring to life the character of ACP Abhay. As one of the most popular faces on Indian television, Aman has portrayed many characters, but once he dons the uniform, the actor admits that it has a completely different charm and kick. Hailing from a family of army men and police officers, the actor exclusively revealed to PeepingMoon.com that he aspired to follow the footsteps of his grandfather, father and uncle before the acting bug bit him.

In an exclusive conversation with PeepingMoon.com for Mauka-E-Vardaat, Aman opened up about adding a human angle to his character and the story of the show. The actor-anchor further decoded why crime thrillers work best in India. Having completed 24 years in Mumbai, Aman looked back at his journey from featuring in small commercials to bagging important roles in big television shows and creating a space for himself in films. 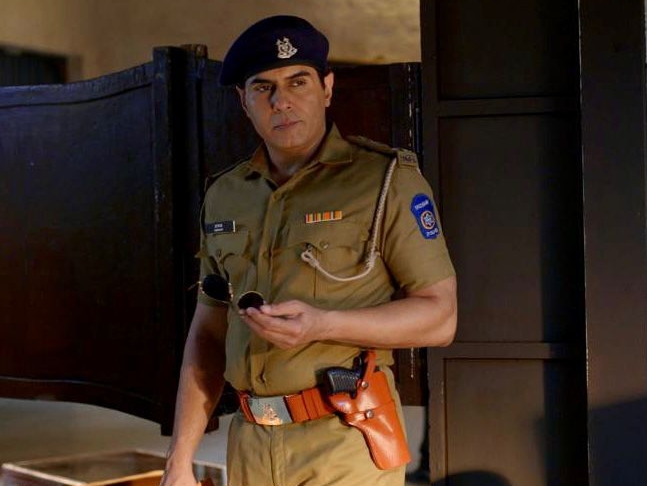 I have always been fascinated with the uniform and I love the fact that I can get to wear it. It comes from a background where my grandfather, father and uncle were in the army. I have grown up seeing them in uniform. The fascination is always there and I wanted to be an army officer and an air force officer. I gave a couple of exams and cleared them too. But after that, I decided that I had seen enough of army life so I wanted to explore something different and somehow managed to get into acting. Being an army officer or police officer and wearing the uniform has its own charm and a kick.

You are playing a cop once again. What measures were taken to not make it look similar to your previous character in uniform?

We have added a human angle to it. We are trying to make my character more social. Normally what happens in India, when you see someone in the role of a cop, he is either someone who was shunned by society, is an angry person, has had a bad childhood, maybe father or mother were murdered or it is completely the opposite where the cop is a complete buffoon who makes his money with the help of rishwat (bribe). But in reality, when I meet cops, they are normal people. They go about doing their duty in a proper way. We have tried to bring in a human angle. My character has a backstory that we still need to explore. He has a photograph in his wallet and keeps looking at it.

Crime-thrillers or family dramas, which one is your personal favourite?

Honestly, I prefer nothing. I am not a great fan of Indian television. It used to be incredible when I was doing it. On Doordarshan, shows were made for a couple of episodes and the story came to an end. I still believe in that. You can’t have shows going on for years together. But again, the point is, if somebody is making money, why would they shut a show down. Economics is something that everybody strongly works on. If you make money, the show will keep going on, if it doesn’t they will shut it down in a span of 1 month also. At the particular moment when everybody is going to OTT, that is a platform I am happy with because a story starts and finishes in a couple of episodes. 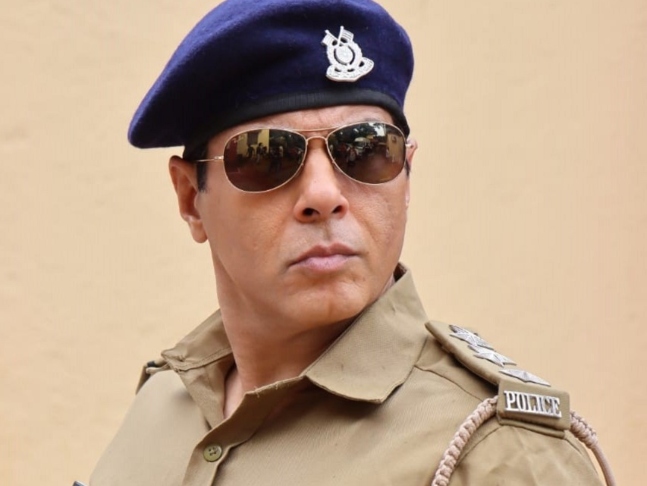 Are you looking out for opportunities on OTT?

Yes, I am working on a couple of projects. You will get the news in a month.

I remember I was a part of a show titled Shapath and every character connected with people. We had 100 other shows running at the same time but ours would always stand out. Similarly, in Mauka-E-Vardaat we are trying to build a character, a strong story and shoot it in a particular manner that is different from the other. We are keeping our fingers crossed that people love it.

As an actor, why do you think crime thrillers are a favourite among the Indian audience?

Crime always works because you always want to know if it happened in the flat next to you. In Mumbai, I’m sure that crime happens in the next building, in a flat above yours, or in your neighbourhood. You are fascinated with what happened. Crime, sex, politics and cricket work in India. 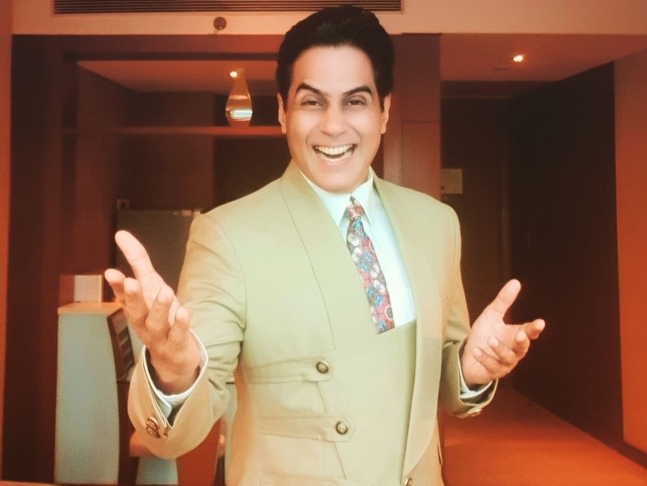 You’ve been in the entertainment industry for 24 years. How do you keep reinventing yourself?

The only way to survive and be there, in the long run, is to reinvent yourself. When I came to Mumbai, I started with small commercials. Then I got into smaller television shows followed by bigger commercials and then mainstream television. Films came in then and after that, channels started picking me up. After that, I did theatre also. I kept changing my roles, from positive to negative, grey shades, police officer, father, son, a maniac etc. With OTT coming in, something that everybody is turning to, it has been an eventful 24 years.

I’m seeing that the industry has completely changed. From Doordarshan to Metro to private channels, everything has changed in 24 years.

As you said, you have seen the industry change. Is the change positive or negative?

When change comes in, it has positive as well as negative impacts. Positive in terms of technicality. Technology-wise, everything has become easier. The sizes of cameras have shrunk, the speed of working is faster and the editing is quicker. Anything in terms of technicality worked in favour of filmmaking. But at the same time, something that comes from your heart forms the core of the serial or film because it is creative work. If it doesn’t come from your heart, even your technicalities are not going to help. Here is where the problem lies. Everything has become so technical that the heart is missing. That’s why most of the projects are not doing well. You don’t see the heart and the vision of the person who is making the show. You have technical people who have brought things together and they are working on a project. Filmmaking, television, theatre, painting or dancing don’t work like that. It doesn’t work on technicalities but on the heart.

You’ve done reality shows too. Do you think they are getting murkier with time?

As I said, you want to know what is happening in the next house. At the same time, people also want to know ki kaun kiske saath kamre mein hai ya do logon ke beech jhagda ho raha hai. People want to see the other side of people who are in front of the camera. When a camera is hidden, your true character comes out. That is a kind of entertainment I feel is murky. It is sad but that works for TV. Television works when money is coming in, then why would I say it is murky? You can say it is scintillating, full of gaali galoch; everything is there but it works, what could you do?

You've hosted some reality shows in the past. Now, when you look back, you do feel anchors now are not very modest with their language?

A few years ago, in every spectrum, when people would have an argument, there was a certain way to say something. Today, I suppose people look into you when you have the ability to abuse on national television and be aggressive on camera. That works for TV. 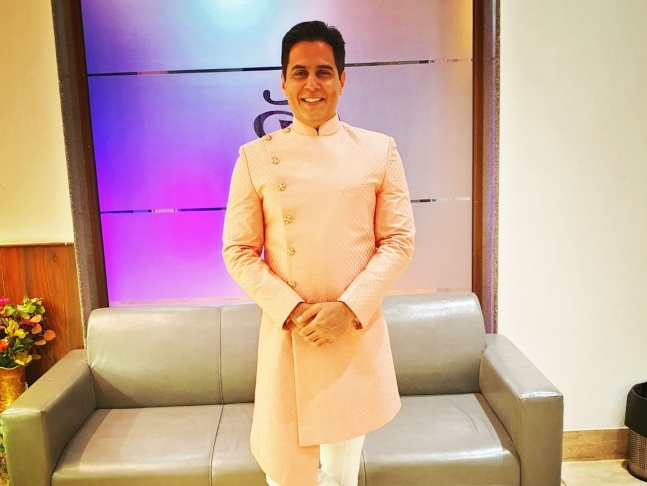 You've done TV as well as films. Have you experienced any bias in Bollywood or been witness to nepotism?

I wouldn’t say nepotism. My simple answer to this is if there is a man who sets up his business, once he grows older, he will eventually give the business to his child. When that is valid for all other businesses, why will it not be valid for the film industry also? If some person is in the entertainment industry for years and wants to launch his son or daughter, it is their business, they have taken that risk and worked hard. At the same, this is an industry where your talent stands out. If you are talented, whether you are from the industry or not, you will get work. So this entire term of nepotism is bullshit. Talented people will always survive.

Have you ever given Khatron Ke Khiladi a thought?