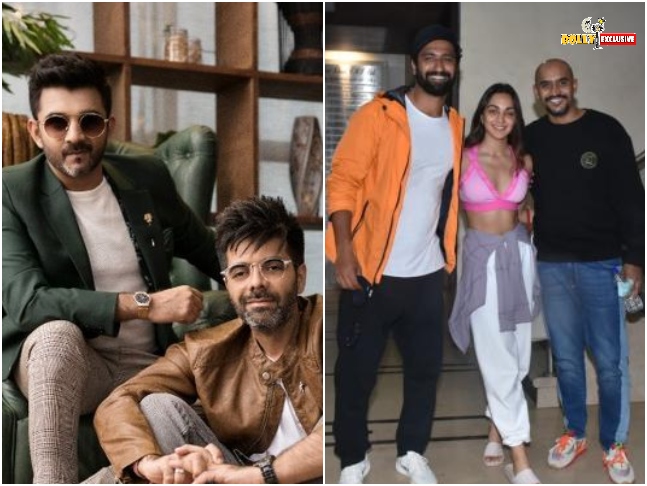 On March 31, PeepingMoon exclusively released the final cast of Shashank Khaitan's comedy-drama which was earlier titled Mr. Lele. It started off in 2019 with Varun Dhawan starring as Mr. Lele and Janhvi Kapoor playing the female lead along with Kiara Advani. But last year in March, the film was shelved because it was believed that Varun had developed cold feet; he was unhappy with the script and skeptical about the entire film itself. However, earlier this year, Mr. Lele found its feet again and got back on track. Only not as Mr. Lele! The title of the film changed and is kept under the wraps for now. Vicky Kaushal stepped in for Varun – this will be his first comedy – and Shashank took the film ahead with him and Kiara Advani. Joining the duo for the comedy, entered Bhumi Pednekar who replaced Janhvi.

Now, PeepingMoon has exclusively found out about some more deets about a special song in the film that is being composed by the famous Sachin-Jigar. Sources close to the development said, "Musical duo Sachin-Jigar are on board for Shasank's film and have composed a peppy number featuring Vicky and Kiara. They usually only compose the entire album of the film but made an exception for this one as Shashank loved the song and they agreed to do it for him. The song is being choreographed by Ganesh Acharya. It will be shot over the weekend in Mumbai."

What more? Kiara and Vicky were even snapped at a dance studio on Monday evening along with Shashank. Well, looks like the song is going to be an iconic peppy number.

Shashank's yet-untitled film will be jointly produced by Karan Johar's Dharma Productions and Viacom 18 Studios. This fresh update was given by KJo himself on Twitter this morning. The two production houses will jointly present 4 films, Shashank's comedy being one of them.