In April, Peepingmoon.com exclusively revealed that Mahesh Babu and Hrithik Roshan have been approached to play the leads in Madhu Mantena's long-in-the-making epic retelling of Ramayana. We later informed the readers that the Telugu superstar will no longer be a part of it as he has turned down the offer to make a way for his ambitious SS Rajamouli film set in the African jungles. With Mahesh Babu passing it up, the makers have started approaching other actors to play Lord Ram.

Now, Peepingmoon.com has learned that Nitesh Tiwari has offered the three-part 3D epic Ramayana to Ranbir Kapoor. The filmmaker has approached the superstar to play Ram opposite Hrithik Roshan who's more or less locked as the demon king of Lanka — Ravana. Ranbir who's currently shooting for his yet-untitled Luv Ranjan romantic-comedy with Shraddha Kapoor is said to have shown his interest and is seriously contemplating the project. "Nitesh Tiwari is looking for the best-in-class actor who can completely devote himself to the character of Ram, and he believes Ranbir Kapoor perfectly fits the bill as he has that charming presence Nitesh is specifically seeking for in an actor. Ranbir is thrilled about this offer and will take a call after the full narration. He hasn't given his nod yet, however, it's very likely that he would okay the project," a source close to the development informed us. 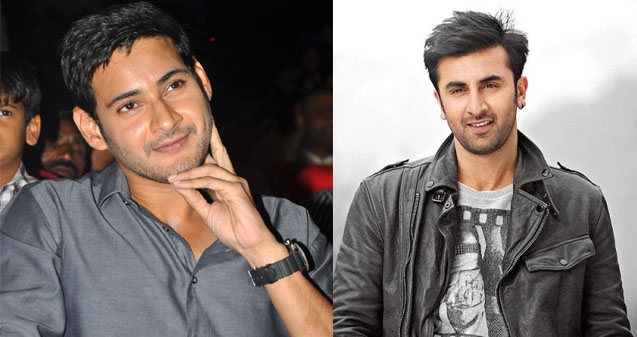 Backed by Madhu Mantena along with Allu Aravind and Namit Malhotra, Ramayana is scheduled to get off the ground by mid-next year. Directors Nitesh Tiwari and Ravi Udyawar, and the screenplay writer Sridhar Raghavan have been working hard to present Ramayana on a never-attempted-before scale, and are doing an extensive amount of research to create a world that will make Indians proud of their epics. The makers are going it all and putting together the best world-class team to narrate the traditional Ramayana in all its glory. With over 700 crores estimated budget, they are determined to make a cinematic magnum opus that's bigger than anybody in India has ever made.

We've also learned that the film's pre-production has already begun and is going on in full swing as we report this. Over 200 artists from across the globe are said to have been working round the clock on various aspects of this live-action trilogy. The casting for the principal characters is also going on simultaneously. Casting director Mukesh Chhabra’s team is auditioning actors from across the film industries making this the biggest pan-India venture in true sense. The Ramayana is expected to be officially announced during Diwali this year!

PeepingMoon Stars Unplugged: When I took break to focus on family, peo