While everybody’s waiting for the couple to confirm today’s hot rumour, we at PeepingMoon.com can authoritatively if not officially tell you the news is false – Katrina Kaif and Vicky Kaushal did not get engaged or “rokafied” yesterday and take their relationship further with the exchange of rings. Don’t know where the engagement rumour started, but the couple that has remained quiet if not secret about their closeness is reportedly not amused.

Vicky was shooting with Shashank Khaitan in Puducherry and Katrina was on her way to Russia for Tiger 3 when the buzz gained currency. While some media sites preferred to wait for an official announcement, others rushed with the story of their secret and romantic engagement yesterday causing fans and even friends to start sending congratulatory messages to Vicky and Kat. Social media sizzled for hours with excitement at the false story. 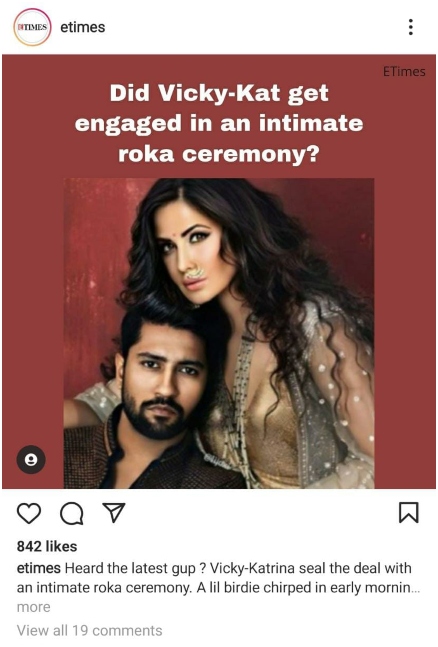 So happy for #VicKat https://t.co/ffP7AbmL93 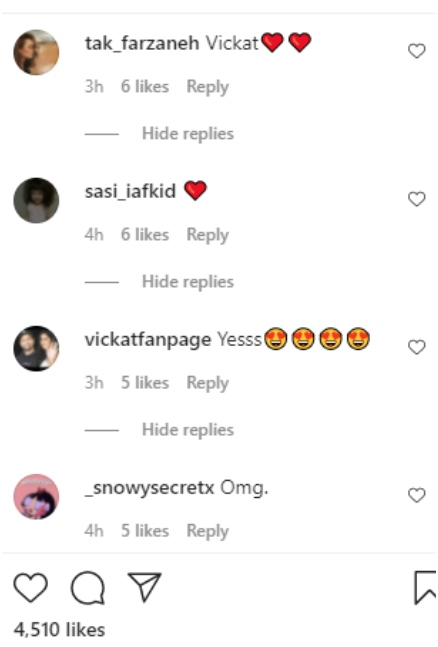 Leading up to this “engagement” was a small incident that happened on July 16, which was Katrina’s birthday. Bollywood stylist Ashley Rebello’s wish for her sparked off wedding rumours. To wish her, Ashley had taken to his Instagram stories and had shared a picture of Katrina in bridal attire and wrote ‘may this be reality soon’. If it is to happen, it will, and we would be happy – but only if and when the couple decides to take their relationship to the next level.

PeepingMoon Exclusive: ‘Why are we only talking about marital rape &

PeepingMoon Exclusive: Annup Sonii cuts himself off from TV temporarily, says 'I want to enjoy OTT phase, learn new things and get appreciated for my work'

PeepingMoon Exclusive: Jaideep Ahlawat and Shefali Shah coming together for Avinash Arun's next!

PeepingMoon Exclusive: Chandigarh Kare Aashiqui is unique; like every Abhishek Kapoor film, it has more to it- Abhishek Bajaj

PeepingMoon Exclusive: ‘Having a co-star like him is nothing less than a blessing,’ says Rani Mukerji heaping praise on her favourite hero Shah Rukh Khan

PeepingMoon Exclusive: Kabir Singh brought me into the map of affairs, allowed me to compete for the best roles out there- Dhamaka actor Soham Majumdar

Thanks to Fenty Beauty and Ivy Park, Rihanna-Beyonce continue to ‘shine bright like a diamond’ on Forbes Most Powerful Women 2021 list