Advertisement
HomeBOLLYWOODEXCLUSIVEPeepingMoon Exclusive: The Family Man 2's 'Chellam Sir' is a surprise, Uday Mahesh mustn't have imagined that 2-3 days of work would get him such superstardom- Manoj Bajpayee

Known as The Family Man 2's Chellam Sir, Uday Mahesh is the current talk of the town. He is rightfully a national rage and fodder for memes. Let us tell you that the 51-year-old is an actor, writer and director in Tamil cinema. While Chellam sir aka Uday is garnering appreciation for his brief role, Manoj Bajpayee, in an interview with PeepingMoon, said nobody in The Family Man 2's team imagined that with 2-3 days of shoot, the South actor would become a superstar. Chellam sir is known as 'Srikant's Google' on social media.

"Chellam sir is a surprise for everyone. One day, somebody sent me a screenshot of the trending list and Chellam sir was on number 1. Uday is a person I worked with in Mumbai and is a Tamilian born and brought up in Mumbai. He shifted his base to Chennai and is working from there. I met him there and he said he has stopped working for the cameras and whatever little work he gets, he does it. He is enjoying this life in Chennai. Even in his wildest dreams, he mustn't have imagined that 2-3 days of work would get him such superstardom. We are very happy for him. It was surprising how people reacted to Chellam sir," Manoj told. 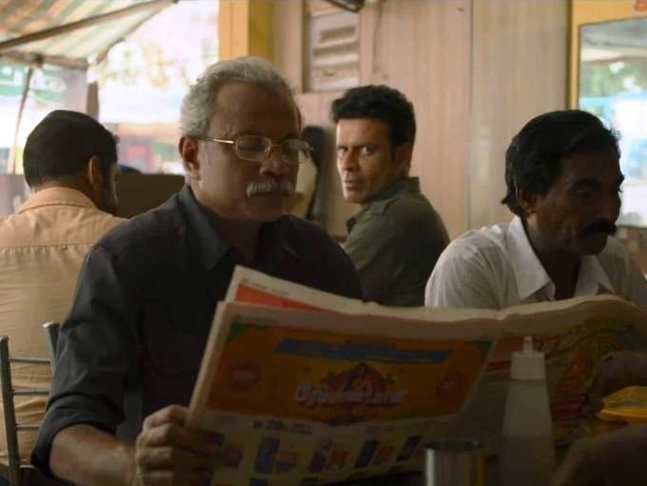 Recommended Read: PeepingMoon Exclusive: Being a maximum guy creates false expectations- Manoj Bajpayee on why he wants to remain a 'minimum guy' after The Family Man 2's success

For the unversed, Chellam sir is a retired spy, who comes to the rescue of Manoj’s Srikant Tiwari. He is a paranoid person who keeps changing his phone after talking to Srikant for a few seconds. Whenever the team of TASC led by Srikant needs information, Chellam sir is their go-to person in Chennai.