Advertisement
HomeBOLLYWOODEXCLUSIVEPeepingMoon Exclusive: ‘Priyanka approached the story as an actor and not a superstar, auditioned for the role,’ reveals The White Tiger producer Mukul Deora

PeepingMoon Exclusive: ‘Priyanka approached the story as an actor and not a superstar, auditioned for the role,’ reveals The White Tiger producer Mukul Deora

The recently released Netflix film The White Tiger starring Priyanka Chopra Jonas, Rajkummar Rao and Adarsh Gourav in the lead is making big noise all over. The film has become No.1 in 35 countries and accolades are pouring in for the actors for their performance. Directed by Iranian filmmaker Ramin Bahrani the film is the screen adaptation of Aravind Adiga’s Man-Booker prize winning novel of the same name.

PeepingMoon.com caught up with The White Tiger producer Mukul Deora for an exclusive interview wherein he spoke about getting the book adapted for the silver screen by being true to its vision. He also spoke about what propelled him to create a film out of the impactful story, working with Ramin and the top-notch actors and the fact that the film is eligible for Oscar nominations in a whopping 14 categories. 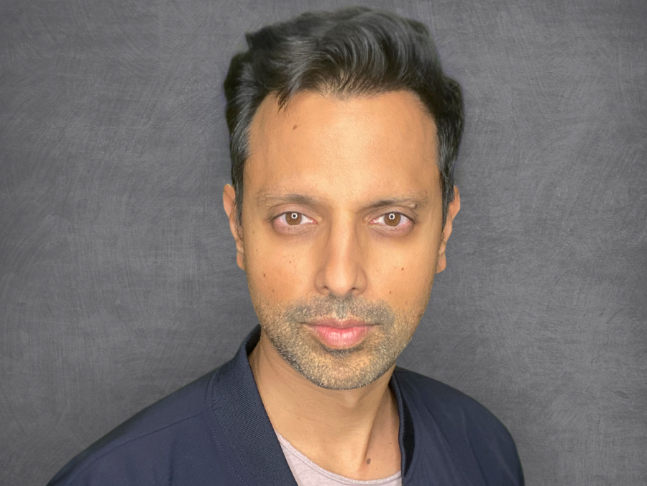 Many might term Aravind Adiga’s The White Tiger as a dark book, but you’ve had the rights for a long time before you actually embarked on adapting it. So what hooked you to it?

Yeah, many did call it a dark book and many tried to dissuade me from making it saying, ‘kaun dekhega, why you wasting your time, why you making it’, you know. They told me nobody will be interested in watching this movie, not even in India, forget the world, no one would imagine it. However, I never found it a dark book. When I read it for the first time, it made me laugh out loud, made me cry and really moved me. Honestly, it just got under my skin and made me feel the genius of Adiga to create this character Balram and his view of the world and of India. He looks at the world through this eccentric, amazing character and how he just wants to be free, and I think all of us at some point of time have felt that feeling because every one of us wants a break from something or the other – whether it is a family thing, economic thing or a societal thing, everybody wants to break free. We all want to grow as a human being and nobody is immune to this feeling. That is what resonated with me that this is a story about freedom, what a man did to break free and how the price of freedom is so high for some people not only in India but in other parts of the world. For Balram, the price of freedom is extremely high and that is what resonated with me and I felt this is something the world would appreciate and that was what was going through my head- to how to make the movie that remains true to the story so that the whole world says, ‘Yes I understand what Balram went through’. 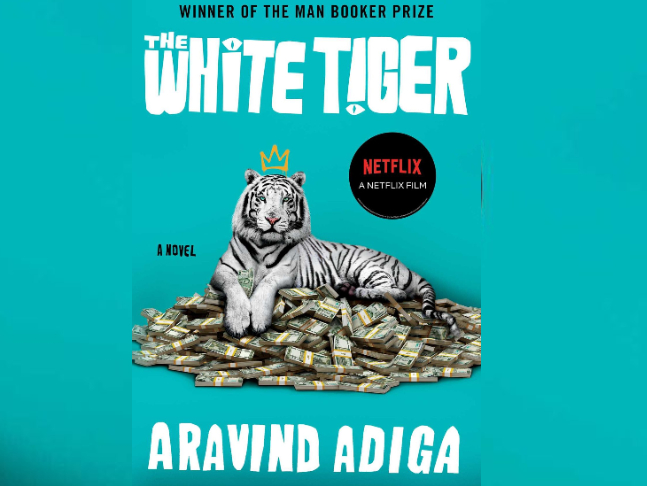 Is there a special part from the book that has stayed with you?

So many bits, but the main thing that stayed with me and we kept that in the film are the concepts that Balram talks about- like the rooster coop, he calls himself a half-baked man because ‘My Hindi, my English drops into my head as lizards from the ceiling’. His different thoughts and words that come together to mean something totally different, that is what made me realize that I am reading a different kind of book, somewhat like a classic because it’s very difficult to create concepts. We kept that very strongly, the rooster coop is a central piece in the movie and we kept it in the trailer and everything. Those were the things that really stuck with me and till today I feel that this was something the whole world lives in a rooster coop, everybody is in a rat race. 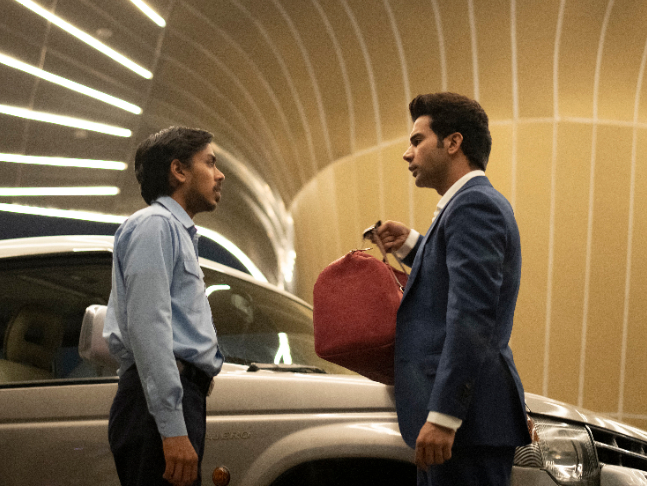 What’s the process been like to get it onscreen?

I should make a movie on the struggles that I encountered while trying to make the movie (laughs). After I read the book, I felt like ‘Wow, it would make such a great movie’ but the thought stayed with me and I tried to figure out how to be a part of this. It took me a long time to track down the rights and be in a position to make sure that the best version of the book happens, it wasn’t easy at all. I wanted to steer in it a way so that the film remains true to the book and its interpretation. For example, the first time Ramin (Bahrani) and I spoke, we spoke about how the book is an entitlement, a celebration of humanity because Balram made it in the end. Many people felt otherwise but Ramin and I both felt that. So we worked hard to get the right people on board, to build the team who would do justice to the book and the scale of it as I wanted the entire world to see it, and that was not easy as I have no connections in either Hollywood or Bollywood and was a very tough process. I wanted to set it up and not compromise it either, so I wanted to make sure the creative and the global vision is not compromised. So a lot of perseverance, luck and hard work went into making this film.

The book has been dedicated to Ramin Bahrani but do tell us how you got him onboard and how were the experiences of working with him on the film?

I was looking at getting a director who would share my vision and I met Ramin and we always joke about this. When he met me he told me that I know the book better than him or anybody else and I always tell him that he had read the drafts of the book even before it came out. So here suddenly, we have two guys –one who wants to make a movie out of it since years and the other who has read the book even before it came out and the book is dedicated to him; so it was like destiny, we both were in the right space at the right time to collaborate and take it to the next level. We are very good friends and maybe we will do something in the future again. 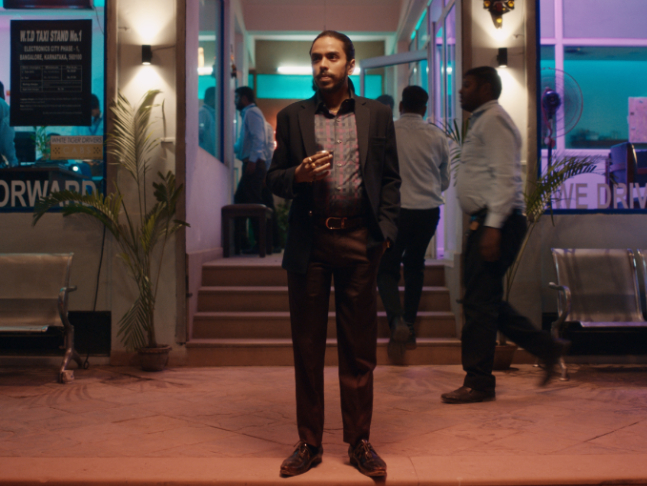 How was it getting Priyanka Chopra Jonas, Rajkummar Rao and Adarsh Gourav together for this one?

It was amazing working with all three. The movie is like a family story, like Balram said, “My master and mistress are like my father and mother,” so it has to be like a family. You can’t cast a character all by himself, it has to be like a jigsaw puzzle where everyone fits in nicely. What I can say about the three leads is this –For Adarsh, when he came in for the audition, both Ramin and I felt ‘Wow, we see Balram in him and not an actor who is playing Balram’. For Rajkummar, the first movie I told Ramin to watch right at the beginning before he even came to India was Newton and I told him that there is this guy Rajkummar Rao that you have to watch the film for. It was a very organic purpose, he was somewhere in my head. With Priyanka, she loves the book, she reached out to us and told us she wants to be a part of the movie. Priyanka amazingly approached it as an actor and not a superstar, for all of us the story was extremely important. She even auditioned for us and blew us away. It was really about actors coming together, artistes coming together, there was no ego on the set. We wanted to make it this universal story and everyone came in for the right reasons to tell this story. The purity of the story had to be protected and that is not easy to do in today’s world. What made you choose to go the OTT way instead of releasing the film in theatres as you had Priyanka and Rajkummar as leading star cast?

It was my decision right at the beginning. Before we got the actors on board, I had met Ramin and spoken to people at Netflix. It was a decision that I took three years ago and I felt that the only and the best way to get this story across the world would be through OTT and Netflix. That is the truth. I felt with Netflix there won’t be an excuse for anyone to not watch the film. That’s a simple thing I thought three years ago and I got in touch with Netflix in America and they were our partners right from the beginning. Now, with the pandemic and all the decision seemed very pragmatic and practical. This story deserved an audience but the audience will not come for the theatrical shenanigans so I was sure of releasing it on digital platform and now I am extremely happy that worked it out for us.

Why did you take up Indian actors but gave it a Hollywood-esque treatment, wouldn’t the film have worked with Bollywood and Hindi sensibilities? 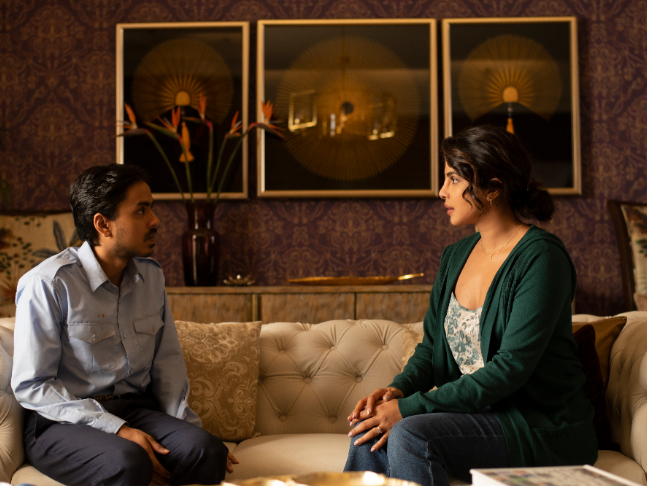 The film is eligible for getting Oscar nominations in a whopping 14 categories, what hopes are you pining on it?

I don’t know, I am just so grateful that we’ve come into this conversation. Even four years ago when I had the book in my hands, I had the word Oscars on my lips and I told this to my friends as well.

What else is in store from your stable? Do tell us about your future projects?

I have started this company Lava Media that has produced The White Tiger. We are looking at global stories that we will soon come up with. We are on the verge of closing some plans and will definitely announce something soon.