Sorry. The Bollywood press, including PeepingMoon.com, failed to get it right. Yesterday’s meeting between Yogi Adityanath and Bollywood superstar Akshay Kumar at the Trident in Mumbai had nothing to do with the hi-tech film city that the Uttar Pradesh Chief Minister is ambitiously building in Noida. In fact, sources exclusively told us, not a word was mentioned about the film city in the 90-minute amicable chat that Yogi had with Akshay. Now PeepingMoon.com will give you the real story.

It was Akshay who sought an audience with the UP Chief Minister who is here for the prestigious listing of Lucknow’s Municipal Corporation Bond at the Bombay Stock Exchange today after which he will interact with Mumbai business leaders and captains of industry. He will also meet Bollywood bigwigs today to discuss investment opportunities in UP.

Recommended Read: Akshay Kumar announces his next titled Ram Setu, shares his look from film that 'will connect generations to come'

The reason behind Akshay wanting to meet Yogi, PeepingMoon.com can exclusively confirm, is that the Bollywood actor wanted to bounce his forthcoming film Ram Setu with the UP Chief Minister and get permission to shoot in Ayodhya. Yogi, sources say, was delighted with the proposal and extended all cooperation to Akshay to shoot in Ayodhya. 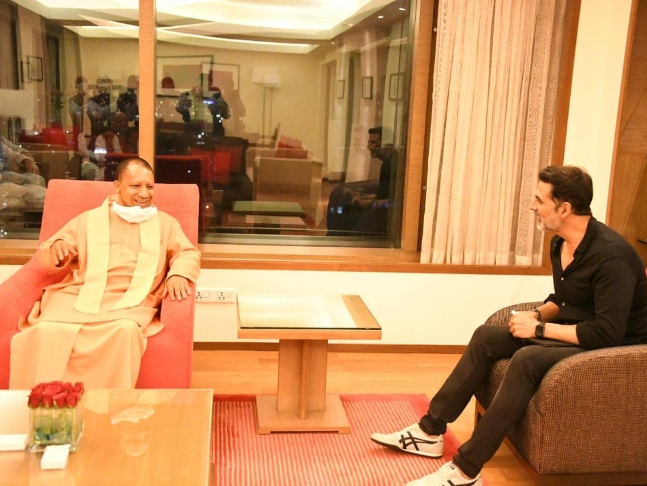 The actor announced Ram Setu on Diwali last month by tweeting a poster of the film. Saying that it was a mammoth task he was making a humble attempt to take ahead, Akshay added, “Let us endeavour to keep alive the ideals of Ram in the consciousness of all Bharitayas by building a bridge (setu) that will connect generations to come.” The poster, which has Lord Ram with a bow and arrow in the background, asks, “Myth or Reality?” 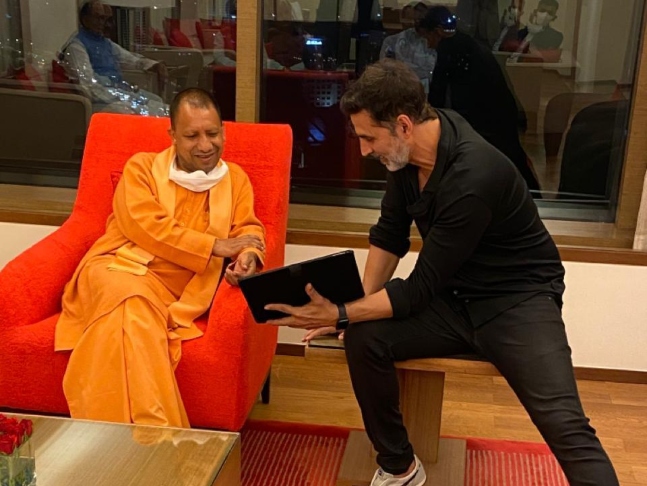 Ram Setu, which is being produced by Vikram Malhotra’s Abundantia Entertainment and Akshay’s Cape of Good Films, will be directed by Abhishek Sharma. While no details are available, it is now clear that the film will be based on Lord Ram and since Ayodhya is His birthplace – it was natural that Akshay would want to shoot there and seek Yogi’s permission and cooperation.