Even after nearly a month of resumption, theatres in India are suffering due to a lack of fresh content. Bollywood filmmakers surprisingly haven't announced any new film for the theatrical release except Kiara Advani starrer Indoo Ki Jawani, due for the opening on December 11. Manoj Bajpayee, Diljit Dosanjh and Fatima Sana Shaikh starrer Suraj Pe Mangal Bhari that hit cinemas on Diwali weekend remains the only Hindi film to have released so far. With big Bollywood movies already avoiding the release, it's heard that T-Series is readying its multiple films for theatrical release to support the cinemas sustain.

Peepingmoon.com has learned that T-Series is gearing up to release as many as seven films between December and February 2021. All the films are small-budget dramas that have been shot and ready for a while. "It's the perfect time for small films to hit theatres. They will get the maximum numbers of screens without competition and also earn a good revenue via satellite and digital release. The films that will release in December will also get the advantage of a 100% waiver of the Virtual Print Fee while those scheduled for January will get a 60% reduction in VPF. It's a win-win situation for small films and Bhushan Kumar doesn't want to miss it until the circumstances get worse," said a source close to the development. 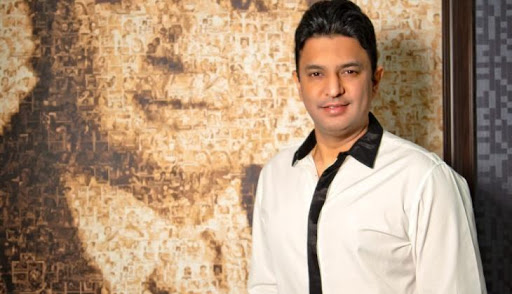 T-Series will first release Indoo Ki Jawani on December 11 and will follow it up with Sanjay Leela Bhansali's Tuesdays And Fridays. The Taranveer Singh directorial that marks the debut of Anmol Dhillon and Jhataleka Malhotra is expected to come out in the first week of January. The company is then planning to release Parineeti Chopra's Saina Nehwal biopic, directed by Amole Gupte. The film that was initially supposed to arrive in cinemas in March will likely release in January 2021 now.

T-Series will also release Subhash Kapoor's Madam Chief Minister in theatres. The Richa Chaddha and Manav Kaul starrer political drama is said to be loosely based on the life of Uttar Pradesh's former CM, Mayawati. Sooraj Pancholi's Time To Dance that was put on the hold earlier is being readied for release as well. The makers have apparently come out with a decent final cut to release it in January.

Sunny Kaushal and Nushrat Bharucha starrer Hurdang and Kunal Kapoor and Amyra Dastur's Koi Jaane Na have also been planned to release in February 2021. While Hurdang is a love story set in the backdrop of the student agitation of 1990 in Allahabad, Koi Jaane Na is a psychological thriller directed by Amin Haji. "T-Series plans to release all these films between December and February via distributor Anil Thadani's company AA Films. The release dates might change owing to the situation in the country but it'll be the first set of movies from T-Series to hit cinemas," signed off the source.