Peepingmoon.com was the first to reveal in March that Abhishek Bachchan has signed Dinesh Vijan's next production where he will be seen alongside Yami Gautam. Almost eight months later, we have now learned that Abhishek will be seen playing a corrupt politician in this political-comedy drama, titled Dasvi. The film that was earlier scheduled to go on floors in June but was delayed indefinitely due to the COVID-19 lockdown will now get into production early next year.

"Dasvi follows a corrupt illiterate Chief Minister played by Abhishek Bachchan who goes to jail and— to avoid labour work that happens inside the prison —starts preparing for 10th class examination. Yami Gautam is said to be playing the role of a jailer who keeps a close tab on his activities while Nimrat Kaur will play Abhishek's wife. The film that marks the directorial debut of Tushar Jalota is well-written and narrates the importance of education so beautifully," said a source close to the development. 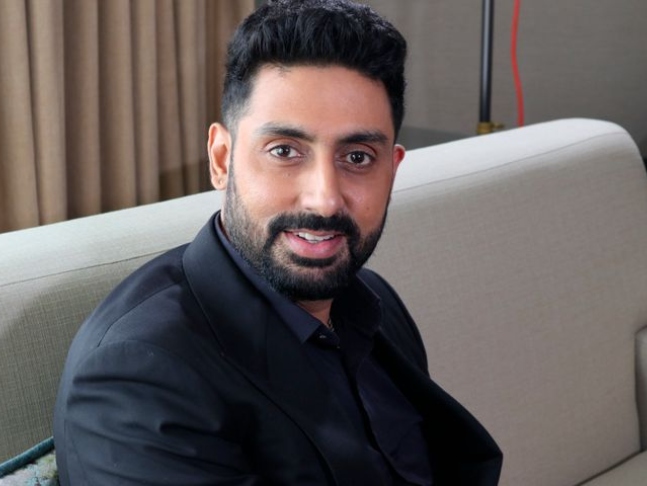 Known for his capacity to play any character with ease, Abhishek will be seen playing a politician for the second time — his first was in Paa (2009), where played a young politician-father to Amitabh Bachchan. The Junior Bachchan is said to have been in regular touch with Dinesh Vijan and Tushar Jalota throughout the lockdown and is currently finalizing the shooting timelines for it. He will apparently start shooting for Dasvi in February 2021 after completing the Kahaani spin-off Bob Biswas backed by Shah Rukh Khan and Sujoy Ghosh.

Meanwhile, Abhishek is next gearing up for the direct OTT release of his two forthcoming films. While Anurag Basu's dark-comedy anthology Ludo premieres this Diwali weekend on Netflix, Kookie Gulati's The Big Bull that sees him in the role of infamous stockbroker Harshad Mehta is scheduled to arrive later this year on Disney+Hotstar. He is also said to be in talks with South production giant Lyca Productions for a scam drama that will mark the company's foray into Bollywood!