Fans of Bollywood hunk John Abraham are in for a rare treat on Eid 2021 when the actor’s action-packed sequel Satyameva Jayate 2 releases. PeepingMoon.com has exclusively learned the John plays a triple role in the Milap Zaveri film whose first look was released to riotous appreciation yesterday.

Bankrolled by Nikkhil Advani’s Emmay Entertainment and T-Series, SJ2 will have more of John than even his most diehard fans can ask for. We have reliably learned the actor plays a farmer, a crooked cop and an ordinary man. The identity of John’s third role is a secret and we don’t want to play a spoiler by revealing it. 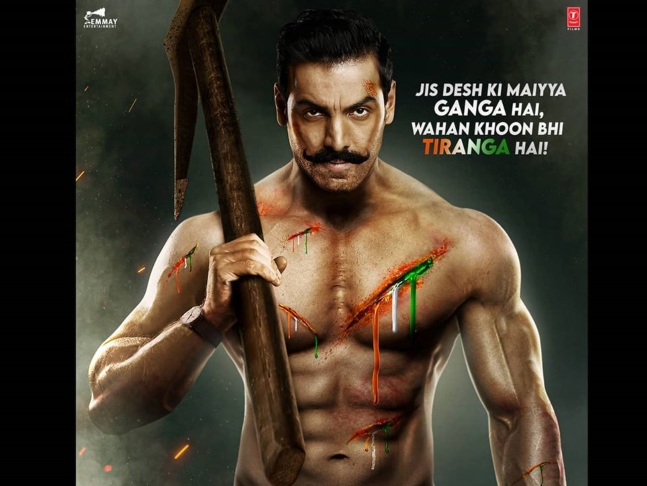 Recommended Read: John Abraham bleeds tricolour in the latest poster of Satyameva Jayate 2, film to now release on May 12, 2021

Milap, sharing his plan for SJ2, said it would be for the masses and the action would be “ten times more dynamic, heroic and powerful” than its 2018 prequel. This one is set in Lucknow and is about corruption. “John will smash, rip and annihilate the corrupt like he has never before,” the director added.

The female lead is played by Divya Khosla Kumar and, according to Milap, the actress is also going to “wow audiences with her power-packed scenes, dramatic prowess, grace and beauty”. The filmmakers are hopeful that the current situation will improve and audiences will be able to enjoy SJ2 in theatres next Eid. 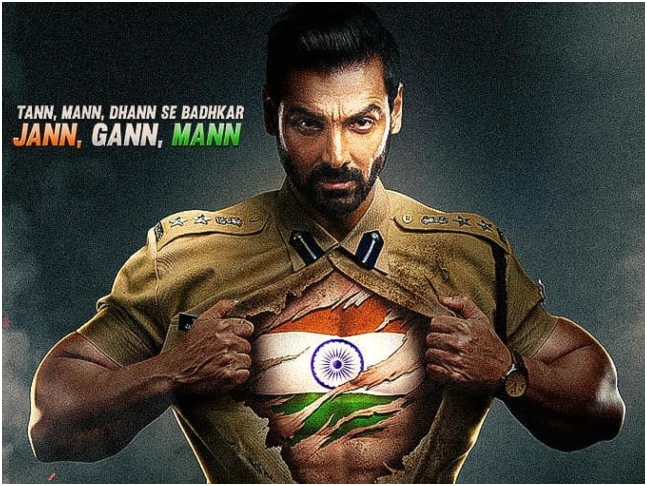 Meanwhile, PeepingMoon.com has learned that the film will be about agitating farmers, it will have something of the Kathua rape case that rocked the country in January 2018, and there will also be the Gorakhpur tragedy of 2017 in which 60 children died in a government hospital due to shortage of oxygen supply.

Satyameva Jayate, that released on Independence Day in 2018, had John playing a vigilante who killed corrupt police officers. Manoj Bajpayee, who plays his brother and an honest officer, hunts him down. The action aside, Nora Fatehi’s item number Dilbar Dilbar was a big hit.