Advertisement
HomeBOLLYWOODEXCLUSIVEExclusive: How can one hate the industry which has always entertained you, why are people so upset-Neha Dhupia comes out in Bollywood's defence

Exclusive: How can one hate the industry which has always entertained you, why are people so upset-Neha Dhupia comes out in Bollywood's defence

Bollywood as a unit is facing backlash amid the ongoing nepotism and insider-outsider debate. While the blame game sees no end, citizens across the nation are relentlessly slamming the film industry for being biased towards star-kids and harassing outsiders. In addition, the topic of the existence of groupism and mafias is making headlines. Talking about the debate and backlash, Neha Dhupia, during an interview with PeepingMoon, addressed those who are busy criticising the industry that is a source of income and livelihood.

Raising the question that how can people hate the industry which has always entertained the country for generations together, Neha said it is unfair to be angry at anyone while putting their point forward. "How can one hate the industry which has always entertained you and continues to do so. Why are people so upset? The industry that represents numerous cultures through song, dance and story and is an export to the whole world. Everyone knows Bollywood. You can have a debate, prove yourself wrong, right and put your point forward but don’t be so angry at us," Neha told. 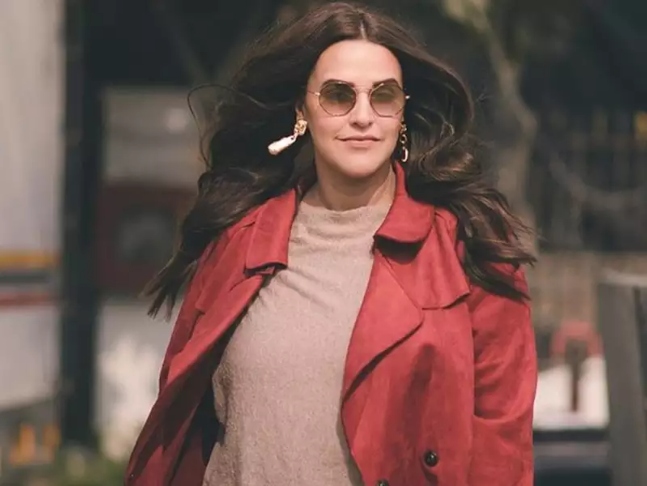 Recommended Read: Exclusive: 'I'm yet to get roles I really want to do,' says Neha Dhupia on not receiving enough recognition as an actress in Bollywood

In a fun segment during the interview, it was a role reversal for Neha. While she quizzes her guests on No Filter Neha, this time, she had to answer some quick questions and nailed them. In response to the question regarding which male actor from Bollywood she would choose to participate in a beauty pageant, Neha named her husband Angad Bedi and went on to bust the myth that celebrities are late for events.

Exclusive: I'm glad being called the 'Poster Boy of Netflix', would love to be omnipresent like Radhika Apte: Vikrant Massey

PeepingMoon Exclusive: We are in development stage, yet to crack the digital platform- Filmmaker Rajiv Menon on 'Putham Pudhu Kaalai' anthology

PeepingMoon Exclusive: ‘I was the least marketable actor in the international circuit,’ says Ali Fazal on his blink-and-miss appearance in 'Death on the Nile' trailer