Advertisement
HomeBOLLYWOODEXCLUSIVEExclusive: I used to feel star kids have it so easy but that changed when I met Sonam Kapoor - Swara Bhasker on the on-going insider vs outsider debate

Exclusive: I used to feel star kids have it so easy but that changed when I met Sonam Kapoor - Swara Bhasker on the on-going insider vs outsider debate

Swara Bhasker is on cloud nine as her recently released Eros Now web show Flesh ,that sheds light on the sex-trafficking racket in India, is a heart-wrenching watch and receiving accolades all across.

During the show's promotion, in an exclusive chat with PeepingMoon, Swara commented on the on-going insider-outsider debate. The actress strongly stated that all this is about 'privilege'. She said, "Insider outsider is basically about privilege. There is no denying that the insider of any industry, be it business, media etc, you will have easier access. That is the privilege of your birth."

The actress said how her thinking about star kids changed after she met actress Sonam Kapoor. "In the first few years in the industry, I used to feel these star kids have it so easy. I remember how that changed when I became friends with star kids and when I met Sonam (Kapoor). When I met her, I understood where you are born has nothing to do whether you are a good person or not. I have found some of the most professional co-actors have been the star kids. Some of the most unprofessional co-stars have been the outsiders. Abuse of your power and privilege has nothing to do with where you are born. That’s what I have been saying. The insider outsider debate has to stop beyond a point. We acknowledge you are born with privilege but beyond a point you can’t judge a person based on where they are born. It is a pointless debate." 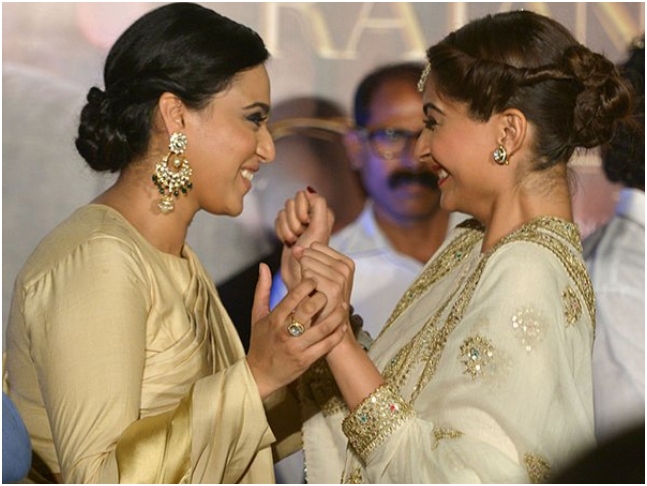 Recommended Read: Right now, Taimur is a bigger star than most of us: Swara Bhasker calls out media and audience as the forces who have created 'star system'

Swara further added, "I feel we are functioning in a very very destructive public culture. Our public discourse is ill-informed, misinformed (we believe in rumours without waiting for facts) and is a culture of acquisitions, counter acquisitions in almost every issue that is coming up it isn’t helpful. Are the issues of rape, epidemic, migrants over? Is Bollywood the only problem in India? Are you kidding me?," busrted out the actess stating that, " we are spawning a culture of stupidity."