The Coronavirus-triggered lockdown seems to have given Varun Dhawan ample time to analyse and re-evaluate his future lineup! The young superstar was supposed to shoot for Sriram Raghavan's Ekkis based on the true story of second lieutenant Arun Kheterpal in May but the film has been delayed for the time being as the war drama requires to be mount on a big scale with multiple war sequences.

Since big-budget action flicks would be difficult to shoot anytime soon given the current situation, Varun is believed to have been looking for light-hearted projects that are relatively easy to shoot. The actor recently signed Good Newwz director Raj Mehta's next romantic-comedy that will see him sharing screen space with Kiara Advani, Anil Kapoor and Neetu Kapoor. While the yet-untitled film is currently in pre-production and ready to go on floors in November, we heard Varun has locked one more project for 2021. Peepingmoon.com sources have confirmed that Varun Dhawan has signed Stree director Amar Kaushik's next film for producer Dinesh Vijan of Maddock Films. The project is said to be a horror-comedy and will be titled Bhediya. "Varun and Amar Kaushik have been in talks for like six months now. They were discussing two projects for a possible collaboration and finally zeroed in on this horror-comedy that has been written by Niren Bhatt who also wrote Kaushik's last year hit Bala. Bhediya is said to be yet another addition in the horror-comedy universe that Dinesh Vijan is planning to build in the next couple of years," a source close to the development said.

Varun is believed to have been approached by various filmmakers during the lockdown but he has rejected most of them. The actor almost signed Kesari director Anurag Singh's next action entertainer for Sajid Nadiadwala's banner but he then changed his mind. Dream Girl director Raaj Shaandilyaa also narrated a comedy revolving around a stand-up comedian but things didn't materialize. He was in talks with Shah Rukh Khan's production house for a South remake but Varun is said to have rejected that as well. 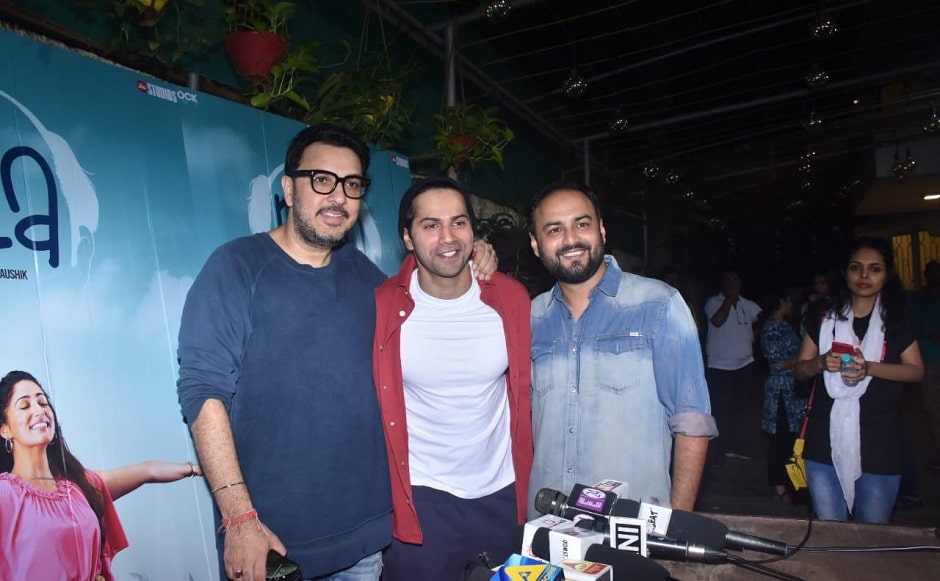 "After the box office failure of his last few films, Varun Dhawan wants to concentrate on only commercial movies for sometime and hence rejecting all the offers that seem quite offbeat and risky. Contrary to the rumours, the actor has signed only two films— Raj Mehta's next rom-com and Amar Kaushik's horror-comedy which will mount the sets early next year. Varun will shift his focus to Sriram Raghavan's Arun Kheterpal biopic only after completing these two entertainers," the source further said.