Peepingmoon.com exclusively told you on June 13 that Disney+ Hotstar has acquired the direct OTT release rights of multiple big films featuring A-list Bollywood stars. We also told you that the streaming giant will formally announce the lineup of the movies sometime in the coming weeks amidst a huge fanfare. Now we have got a further update on the story which is definitely going to boost your excitement.

We have learnt that the much-awaited Disney+ Hotstar announcement will happen via a virtual press conference on Monday evening with a young superstar hosting the event. The host star is none other than Varun Dhawan who has happily agreed to moderate the event live. The announcement is expected to be a star-studded affair with Akshay Kumar, Ajay Devgn, Alia Bhatt, Abhishek Bachchan and Sanjay Dutt likely to participate along with Star and Disney India head Uday Shankar. 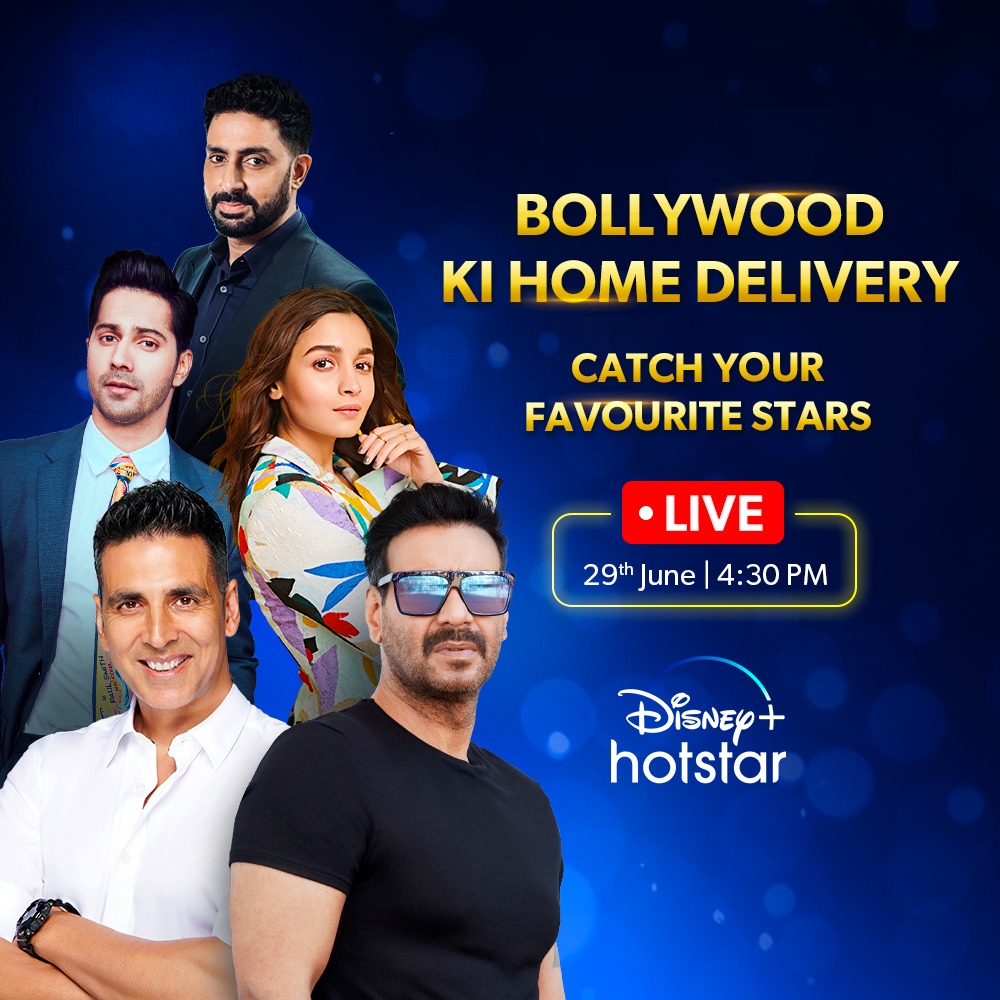 This announcement is expected to be a game-changer for the OTT world which is already seeing an unprecedented expansion due to closure of theatres across the world. With no clarity on cinemas' reopening either, OTT platforms are betting big on the acquisition of theatrical films to release it exclusively on their platforms. And with nine films, Hotstar has just upped the acquisition game leaving its competitors Amazon Prime Video, Netflix and Zee5 with only small-budgeted, star-less Bollywood titles which don't have much buzz in the trade.