Tuscany Apartments in Khar west is more famous as the residential address of Bollywood’s swinging hottie Malaika Arora. But the posh building is now under the government scanner because two other famous residents reported Covid-19 positive cases this week.

Top of the list is former VJ and TV star Sophie Choudry. Her housemaid is said to have tested positive for Covid-19 and has been moved to a proper facility for its treatment. Just yesterday, Sophie took to social media to thank a local politician for sanitizing her building. 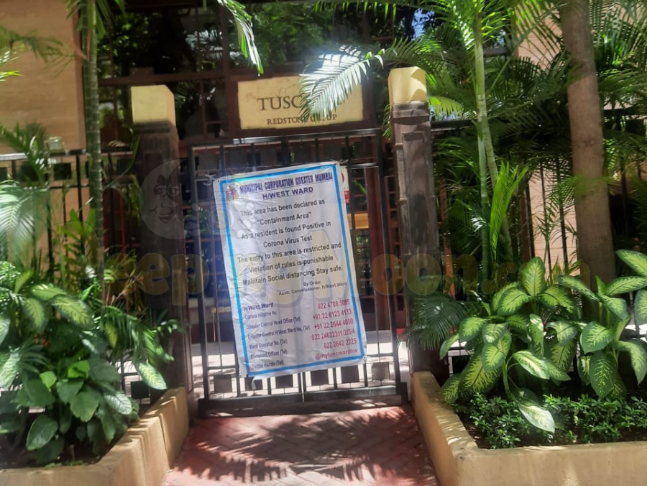 Interestingly, Sophie’s housemaid is believed to have picked up the virus from the nurse who visited Tuscany Apartments to treat the father-in-law of actress, TV host and model Amrita Arora, who is Malaika’s younger sister. Amrita's in-laws stay on the sixth floor, whereas she stays in Bandstand with husband Shakeel Ladak, and their sons Azaan and Rayaan.

PeepingMoon.com learned that Amrita’s father-in-law and mother-in-law had tested positive for Covid-19. “Yes they did,” Amrita confirmed, “but they have recovered and are now under home quarantine.” Her house staff are believed to be infected too and have reportedly been moved to a quarantine centre.

Tuscany Apartments appears to be jinxed with Covid-19. On June 8, when fans of Malaika Arora expressed concern for her, it turned out a resident of the building had tested positive and the building was sealed. Now Tuscany Apartments is in the news again because of cases in the flats of her sister Amrita and Sophie Choudry.