Bollywood superstar Akshay Kumar records another first to his list of distinctive achievements. PeepingMoon.com has come to exclusively learn that Akshay is the first actor to do a shoot after Covid-19 shut down the country and the film industry went into lockdown mode. Akshay is reported to have just shot an awareness ad. campaign on Coronavirus for the central government that is slated to go on the air soon. Interestingly, the ad was helmed by his PadMan (2018) director and writer R. Balki who also wrote Mission Mangal for Akshay last year. PeepingMoon.com sources say that Akshay and Balki had all necessary police and municipal permissions in place before the awareness ad. was shot at Kamalistan Studios in Mumbai. To get onto the set, the actor, director and unit had to go through a disinfection tunnel, and there were medical personnel in PPE suits making sure all Covid-19 guidelines were followed. Akshay and Balki took standard precautions. 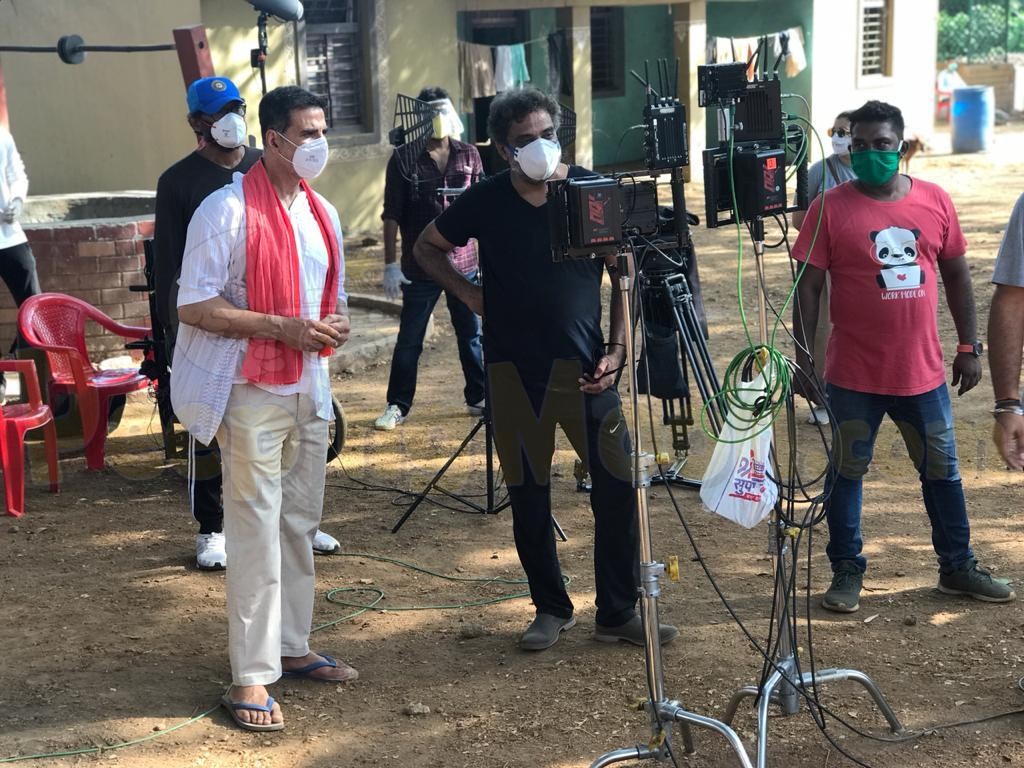 While Balki and Akshay were unavailable for comment, a still from the shoot shows what appears to be a village scene with Akshay in slippers and a gamcha around his neck. It is likely to be a #StayHomeStaySafe message. 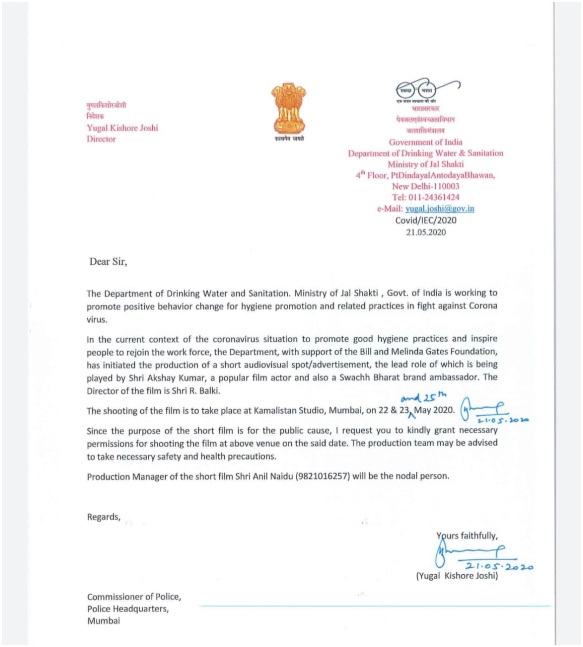