Advertisement
HomeBOLLYWOODEXCLUSIVEExclusive: 'Paatal Lok' has surpassed the level of shows like 'Delhi Crime' and 'Sacred Games' due to audience's reverence: Ishwak Singh

Remember Sonam Kapoor Ahuja’s ‘mother-lover’ suitor Nirmal in Veere Di Wedding? Well, he is none other than Ishwak Singh who is basking in acclaim for his nuanced portrayal of Imran Ansari in Anushka Sharma-bankrolled Amazon Prime Video series Paatal Lok. Ishwak, who has films like Raanjhanaa, Tamasha and many others to his repertoire, got his due with the neo-noir series that has entitled him with the tag of ‘find of the year’. Charming in terms of looks, the young actor mirrored a complex and layered character with finesse making the toughest of critics take notice of his magnetic presence on screen.

Hungry for intelligent work, Ishwak promises to be an actor to look out for.

Now, as Paatal Lok has escalated to become the numero uno Indian web series, Ishwak got in an exclusive conversation with PeepingMoon. Excerpts from the conversation:

After starring in Veere Di Wedding and a couple of films, Paatal Lok has given you the title of 'find of the year'. How do you react to it?

It is rare that you become a part of something that is creatively and commercially successful. When you have a beautiful role that you end up delivering well, the audience, makers, and those who watch you appreciate it. I am thankful and was hungry for something like this that is real, intelligent, and was looking out for such kind of writing.

Paatal Lok is being called as the baap of Mirzapur and Sacred Games. How fair is this comparison?

Shows that come later are progressive and offer a lot more in terms of research and opportunities to correct. Before Pataal Lok, shows like Delhi Crime, Mirzapur, Sacred Games have come out. Also, the shows released before were relevant in their own space with their own unique thought. All these are different in their approach, but of course, the audience’s choice does vary. In the case of Paatal Lok, I feel that it isn’t on the same level as others and but has gone ahead, thanks to the reverence by the audience.

How would you define Paatal Lok?

I can call it a state of mind. Paatal Lok is something that we as humans create for ourselves. In religious texts, it is clearly mentioned that there is no after-life.

Your character Ansari shed light on othering. What is your personal take on this term?

The character is all about marginalization and othering. It is present all across society. If I go to a place or ambience that I don’t belong to, there will be othering. There is a need to widen this term instead of comparing it with religion. Do you feel Paatal Lok has managed to sum up the general state of affairs?

Yes! It highlights certain social issues that persist in society. The show isn’t just relevant for our society but for all. I hope it makes that kind of an impact on the society that it enables people to think of ways to make conditions of living better. It reflects the shortcomings that everyone is facing. Paatal Lok is showing you the mirror of what’s happening in society. It is against stereotype and not against any particular community.

The time when actors signed shows is no more in existence and especially for a project like this. We had to go through numerous rounds of auditions to get the part. For me, it was always the writing.

Do you feel the audience is adapting to realistic and dark content quickly?

With the comments the show is getting, I am sure that the audience is definitely not looking only for masala dramas. They are, in fact, taking each and every minute detail into consideration before forming their opinion. Secondly, Paatal Lok, though the genre is a neo-noir, it can’t be called ‘dark’. Though it is home to some gory scenes and has black parts too, if you look at it, it is just showing the reality, which isn’t actually dark. I’ve realised that since it is balanced out well, people are relating to it.

Is OTT the future? Do you think the web platform allows filmmakers and actors the freedom to express better?

It is a part and not the only future. You can never take away the theatre experience. Also, from an actor’s point of view, I can say that, on OTT, we can get to display a proper character graph with a beginning, middle, and end. In the case of Ansari, he has a backstory and there is enough opportunity for the viewers to know and understand what he is thinking. An actor, on OTT, has enough chance to explore his craft and put it out there for the audience to see. 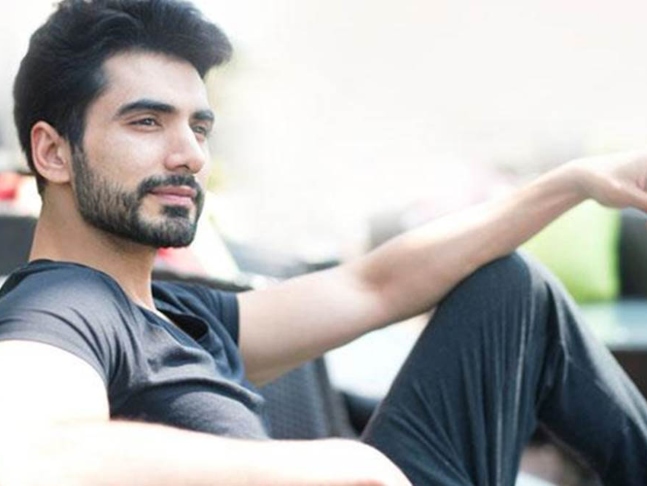 Do you think Paatal Lok will make for a good film?

As a franchise, it would be an amazing film. Sudip Sharma, the master of writing, might just come up with something spectacular and we all would enjoy doing this.