Advertisement
HomeBOLLYWOODEXCLUSIVEExclusive: Rishi Kapoor's final picture from the hospital before his death will break your heart

Exclusive: Rishi Kapoor's final picture from the hospital before his death will break your heart

This morning, the news of Rishi Kapoor's demise sent the nation into a state of shock. The actor was admitted to the Sir H. N. Reliance Foundation Hospital and Research Centre three weeks ago from just before the lockdown kicked in. He was suffering from cancer-related complications, had breathing issues and multi-organ failure. He was put on dialysis and was given blood transfusions. Yesterday, the veteran actor was put on the ventilator when his condition got serious. He breathed his last at 8.45 am.

Now, PeepingMoon.com exclusively got the late actor's final picture from the hospital where he is seen resting on the bed, with folded hands. 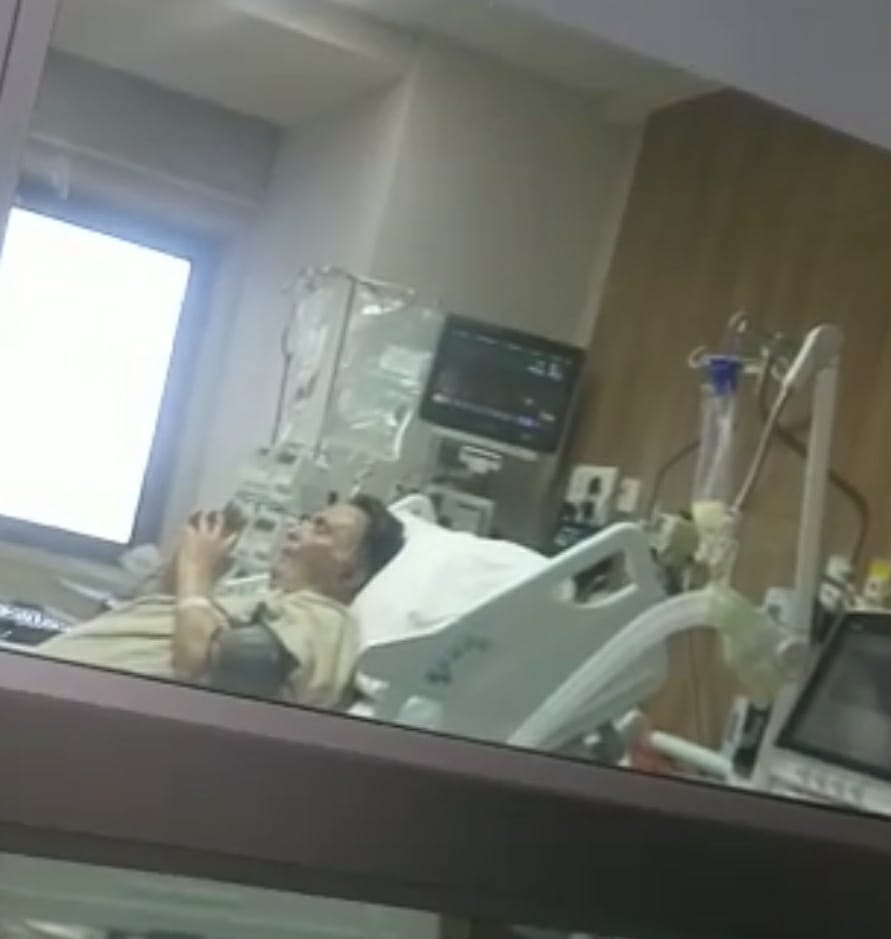 The actor's wife, actress Neetu Kapoor and son Ranbir Kapoor were by his side at the hospital during his final moments. The funeral took place today afternoon at the Chandanwadi crematorium in presence of a handful of friends and family.