Advertisement
HomeBOLLYWOODEXCLUSIVEExclusive: ‘For these women sex is not a taboo and they choose to live life their own way,’ say Sayani, Maanvi and Kirti defending the paradigm shift shown in ‘Four More Shots Please 2’

Exclusive: ‘For these women sex is not a taboo and they choose to live life their own way,’ say Sayani, Maanvi and Kirti defending the paradigm shift shown in ‘Four More Shots Please 2’

Kirti Kulhari, Maanvi Gagroo, Sayani Gupta and Bani J are back with the second season of Four More Shots Please 2 on Amazon Prime Video. The second season which will start streaming from April 17 has already garnered a huge buzz with its depiction of women characters that are ready to take on the world unapologetically. They are not afraid of hiding their sexual preference or sexuality and are ready to break the shackles of the society that try to compartmentalize women in set and patterned boxes.

In an exclusive interview with PeepingMoon.com, Maanvi, Sayani, Kirti and director Nupur Asthana spoke about the sexuality shown in the series that has made a certain section of the society uncomfortable. Four More Shots Please 2 shows ample amounts of sex including not only homosexuality but bisexuality as well that had many people raising their eyebrows. In a fiery and explosive interview, the lead stars and the directors tried to dispel the myths associated with the show and how women are portrayed in society. When asked whether FMSPS2 is trivializing sex, Sayani had a very valid point to say. 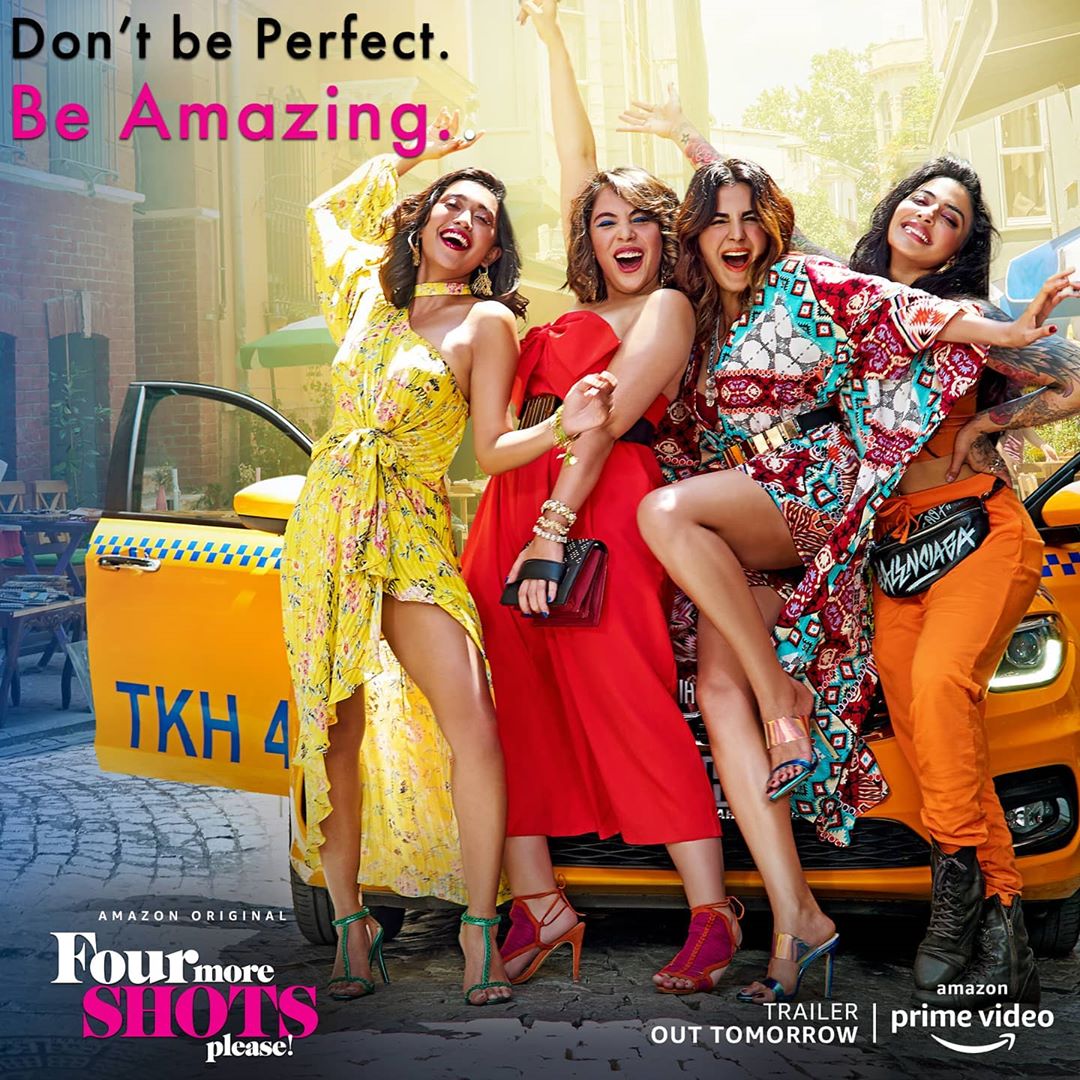 RECOMMENDED READ: Exclusive: ‘Wanted to break stereotype that the woman you want to bed can also be the one you eventually wed,’ say Maanvi, Kirti and Sayani about their characters in ‘Four More Shots Please 2’

She said, “These are women with agencies who have control over their lives. In Hindi cinema, things were always done to women, Women are being romanced to, being stalked or under protection and shelter of her father, husband, brother. Even if she is the central character she is still a secondary character. But here we have women who have control over their lives, who she wants to go with, she is taking a stand for herself. There is a big difference with the gaze of how you see women and how they want to lead their lives and sex is not done to them, they choose whom they want to be with and how they want to be with them and there is no taboo or judgment with them and that is why it makes people uncomfortable and get them to raise their eyebrows. She is not being objectified but she has the agency to lead her life the way she wants to.”

Seconding her statement, Kirti said, “The society is not okay seeing this as they have been suppressed for so long as they have never seen on the screen what happens in real life. Deep inside they know it is the truth but it has been brushed under the carpet for so long that it is difficult for them to come to terms with.”

Maanvi also chimed in and said, “Sexual arcs shown in the series are also different. Every character has a different way of dealing with sex. We've had suggestive sex scenes in films so it will take time for people to accept the fact that there can be homosexual and bisexual characters as well in a film or a series.”