Arjun Rampal, who vanished after doing ZEE5’s thriller web show The Final Call last year, has a film that went on the floors in February end but for a few sequences will be ready for release after the lockdown. It is a war drama. And it will be his second after J. P. Dutta’s Paltan in 2018 on the Sino-Indian War of 1962 in which Arjun played a Commanding Officer of the Grenadier Infantry Regiment of the Indian Army.

His current war film is an 1818 period drama by Ashu Trikha who made his directorial debut with Arjun’s Deewaanapan in 2001 and went on to helm films like Enemmy (2013) and Veerey Ki Wedding (2018) after that. Arjun plays a hero of the Mahar community of Scheduled Castes that fought for British forces of the East India Company in The Battle of Bhima Koregaon against Peshwa Bajirao II and his faction of the Maratha Confederacy.

The film, titled The Battle of Bhima Koregaon, is on the historic combat of January 1, 1818, in which 800 Maharashtrian Dalits of the British forces defeated an army of 28,000 led by the Peshwa. It was part of the Third Anglo Maratha war that put an end to the Maratha empire and laid a strong foundation for the British in India. The Dalits celebrate this battle as a victory of Mahars over the injustice meted out to them by the Peshwas and pay homage to their martyrs every January 1st by gathering at Bhima Koregaon where a victory pillar is built in the memory of the battle. 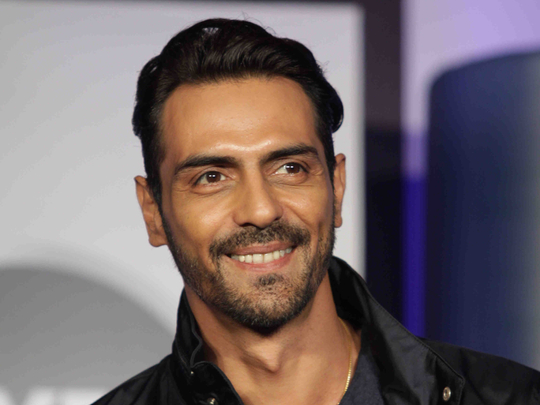 PeepingMoon.com has exclusively learned that Arjun’s character was a great Mahar warrior on whom several Marathi folks songs have been written. He is believed to have worked hard to get into the skin of this war hero. This is the second time Arjun is playing a real-life character. Earlier, in 2017, the actor had portrayed Mumbai underworld don-turned-politician Arun Gawli in Daddy that he co-wrote with director Ashim Ahluwalia and also produced.

Meanwhile, there is also the rumour that Arjun has joined Jacqueline Fernandez and Telugu superstar Pawan Kalyan in an untitled Tollywood film. It is believed to be a fictional period action-adventure and also a madcap comedy of the Mughal era. Arjun plays Emperor Aurangzeb and Jacqueline is his sister. Pawan is a jewel thief trying to steal the Kohinoor from the Mughals. Renowned South Indian filmmaker Krish will direct this film that’s being produced by AM Rathnam. National Film Award-winning actress Keerthy Suresh is reportedly in talks to play the film’s second heroine.