Advertisement
HomeBOLLYWOODEXCLUSIVEExclusive: ‘Karan Johar can play the part of Rosesh,’ says Rajesh Kumar on being asked who else can pull off the much loved character in ‘Sarabhai Vs Sarabhai’

The immensely popular TV show Sarabhai vs Sarabhai has started its rerun on Star Bharat amid the Coronavirus lockdown. Sarabhai Vs Sarabhai aired on Star One from 2004 to 2006 and still had a loyal fan following, due to which the makers got the series back on popular demand. Sarabhai Vs Sarabhai had witty dialogues and amazing acting from a stellar cast of Satish Shah, Ratna Pathak Shah, Sumeet Raghavan, Rajesh Kumar and Rupali Ganguly.

PeepingMoon.com had an exclusive chat with Rajesh Kumar who played the role of Momma’s boy Rosesh Sarabhai in the serial. We asked him apart from him which actor would be fit to step into his character’s shoes. To this, Rajesh had a very witty and succinct answer. He said, “There are 1.3 million people in our country, anybody can play it. I don’t know what to say since the character’s sketch was that of a guy who has a huge built but then he ends up saying ‘momma’ in that voice. Let’s say, Karan Johar can play the part.” 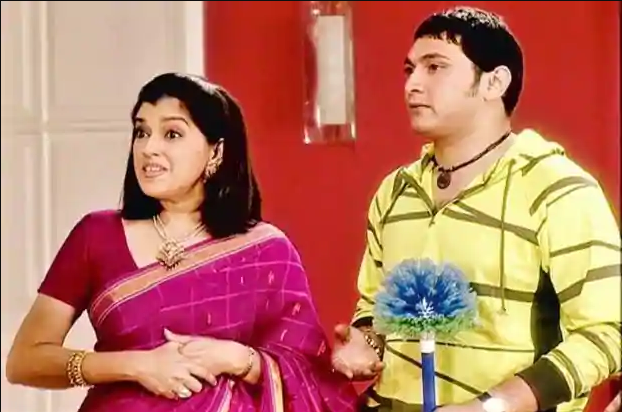 RECOMMENDED READ: But when I see people around, I feel we should have been harsher: Ratna Pathak Shah had once believed ‘Sarabhai Vs Sarabhai’ was cruel towards middle class

Well, isn’t that intriguing? We can clearly envision KJo stepping into Rajesh’s shoes and taking up his well-loved character of Rosesh Sarabhai. Coupled with his trademark laughter, we’re KJo will fit into the character to the T.