These days, don’t believe everything you read on the Internet. Especially if it is about Coronavirus and Bollywood. It just might be fake news. Like the rumour that Fox Star India, renowned film production and distribution company, has pulled out of its collaboration with Karan Johar for his lavish period costume drama Takht. An entertainment website ran this piece of news exclusively this morning causing panic among Bollywood trade circles. However, sleuthing PeepingMoon.com can authoritatively say the story is not true.

Our source close to the project has confirmed that Dharma Productions, in fact, never approached Fox Star India in the first place to produce Takht. Fox is already bankrolling KJo’s other big-budget, superhero, sci-fi film Brahmastra that is directed by Ayan Mukerji and stars Alia Bhatt, Ranbir Kapoor and Amitabh Bachchan. Karan Johar is independently helming Takht. “Hence, there is no scope of the film hitting any roadblock due to financers,” the source added. 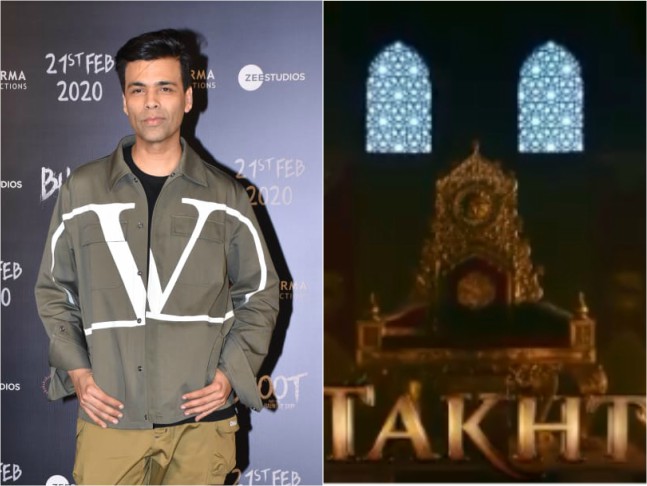 Recommended Read: PeepingMoon Exclusive: 60% of 'Takht' was to be shot in Italy, Karan Johar scouting for sets in India now

Takht is a historical drama based on the Mughal era and revolves around the power struggle between Mughal Emperor Shah Jahan (Anil Kapoor), his son Dara Shikoh (Ranveer Singh) and Aurangzeb (Vicky Kaushal). The film, which was earlier to be shot almost entirely in Italy, will now be filmed in several parts of India due to the outbreak of Coronavirus. Takht is Karan’s comeback to direction after Ae Dil Hai Mushkil in 2016 and co-stars Kareena Kapoor Khan, Bhumi Pednekar, Alia Bhatt and Janhvi Kapoor in principal roles. It is slated to release on December 24, 2021.

Exclusive: They didn’t understand the sarcasm behind the words: Abhi

Exclusive: Why bring it up when something has become successful: Abhis