Lest you start believing that Bhumi Pednekar’s Durgavati, which is slated to go on the floors in January 2020, is entirely a horror story, PeepingMoon.com has got some juicy khabbar on the thriller that’s being presented by Akshay Kumar’s Cape of Good Films and produced by Bhushan Kumar’s T-Series and Vikram Malhotra’s Abundantia Entertainment.

Yes, it is true that the G. Ashok directorial Durgavati will be a remake of the 2018 Telugu film Bhaagamathie that was helmed by the same director with Anushka Shetty in the lead. But while Bhaagamathie revolved around a woman who’s imprisoned in a haunted house while being interrogated by law enforcers who are investigating a politician suspected of corruption, Durgavati has more content than the “scary thriller” Bhumi promised.

PeepingMoon.com has learned from sources that the Bollywood film will be based on real incidents involving the gutsy Uttar Pradesh cadre IAS officer Durga Shakti Nagpal who became famous for taking on the Greater Noida sand mafia during Akhilesh Yadav’s tenure as UP Chief Minister. Durga, who was compared to the IPS officer Kiran Bedi, was suspended because she reportedly stepped on the toes of the Samajwadi Party whose politicians were allegedly behind the illegal sand mining business in the state. 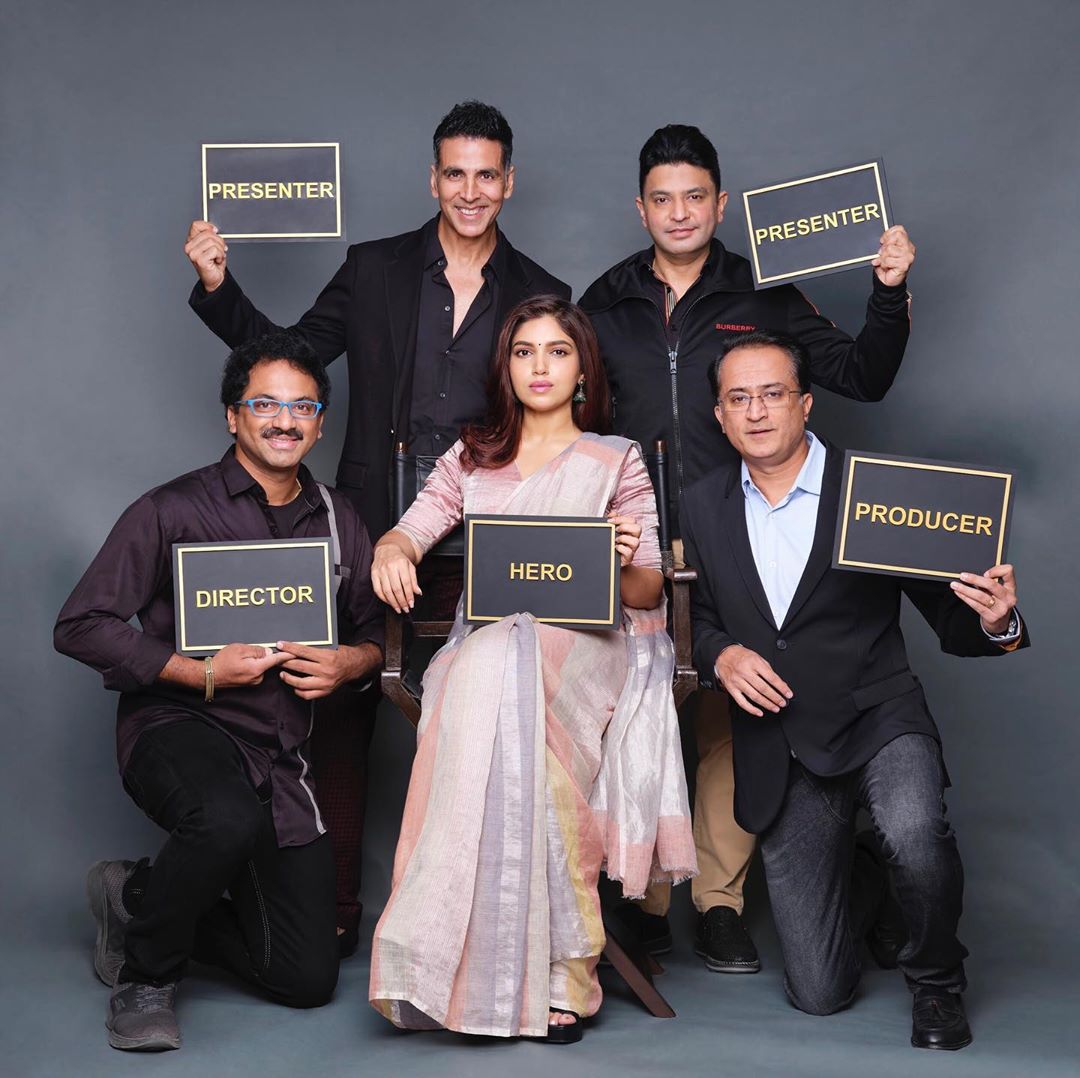 However, her suspension led to state-wide protests, social media outrage, and an unprecedented show of solidarity by the All India IAS Association which termed the government’s actions “wrong” and praised Durga’s bold and courageous action. The fearless IAS officer was also likened to the Hindi goddess of war Durga who combats evil and demonic forces that threaten peace and prosperity. This led the Bollywood media and Bhumi fans to assume Durgavati will be some kind of supernatural thriller.

In announcing Durgavati last week, Bhumi tweeted, “I have waited so long to share this one with you. I am so excited for this one. It comes with great responsibility.” Akshay who shared a picture on Instagram of a seated Bhumi surrounded by Akshay himself, Bhushan and Vikram, also expressed his excitement over Durgavati. Akshay and Bhumi have acted together in the 2017 social drama Toilet: Ek Prem Katha. This has been an exceptional year for the actress. Her last film for 2019, Pati Patni Aur Woh opposite Kartik Aryan and Ananya Panday, releases on Friday. Before this Bhumi had Bala, Saand Ki Aankh and Sonchiriya.