In 2017, Vikramaditya Motwane was making a film called SK v/s AK with Shahid Kapoor and Anurag Kashyap starring in the lead. Titled after their names, the film was supposed to see them playing themselves - an actor and a filmmaker. Shahid had even started shooting for it but left the project just after filming for a couple of days. The project later got shelved and Shahid moved to Sanjay Leela Bhansali's Padmaavat co-starring Ranveer Singh and Deepika Padukone. Motwane also dived into Harshvarrdhan Kapoor starrer Bhavesh Joshi Superhero hoping to make the actor-director revenge story in the near future.

Two years later, Vikramaditya Motwane who last directed the popular Netflix series Sacred Games is again working on the same project. Peepingmoon.com has exclusively learnt that Motwane is reviving his SK v/s AK project and has locked the actors for the same. An industry source says, "Vikram is restarting that film with a fresh cast. While his friend Anurag Kashyap remains the part of the project, the director has got Anil Kapoor to play the lead hero's role. They are working on the shooting timelines and will announce the film as soon as the dates and the heroine are locked. The urban thriller set in Mumbai will now be titled AK v/s AK." 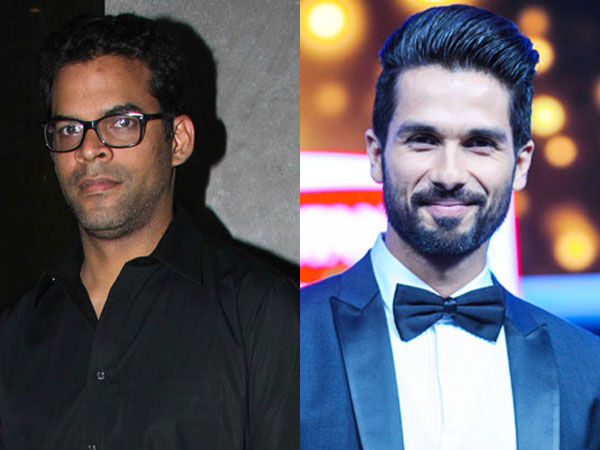 The film, we heard, revolves around a Bollywood star's tryst with stardom and highlights the ugly journey of a director and actor. Anurag will be seen playing a filmmaker whose big-budget film miserably flops at the box office while Anil will be essaying the character of a superstar whom Anurag approaches to star in his next film post his previous box office dud. This film is being touted as a dark revenge drama and will be the first in Bollywood where the two main actors will be playing themselves in the film.