He may not yet have the dizzying superstardom of, say, a Ranveer Singh, but there’s no doubt in anyone’s mind that Ayushmann Khurrana is today one of Bollywood’s most saleable actors, which is why the uber cool star of this week’s widely anticipated and somewhat controversial release Bala has now begun to quote his price and get it too from Bollywood production houses.

A PeepingMoon.com source revealed in hushed tones of awe that Ayushmann, who before Bala had Dream Girl and Article 15 this year, after receiving the 2019 National Best Actor Award for Andhadhun, is now reportedly commanding the astonishing fee of Rs. 10 crore a film. “And what’s more, he’s also said to be talking of percentages like senior actors do and not surprisingly producers are listening to Ayushmann,” said the source.

Few newcomers could have had as much of a rollercoaster ride as Ayushmann did. His debut film Vicky Donor in 2012 was a resounding success. But three films of his after that, Nautanki Sala! (2013), Bewakoofiyaan (2014) and Hawaizaada (2015), were big flops. Ayushmann bounced back with Dum Laga Ke Haisha in 2015. Then took a sabbatical and came back to another disaster with Meri Pyaari Bindu in 2017. Just when critics were beginning to wonder about this inconsistent performer, Ayushmann cashed in with Bareilly Ki Barfi and Shubh Mangal Saavdhan in 2017. 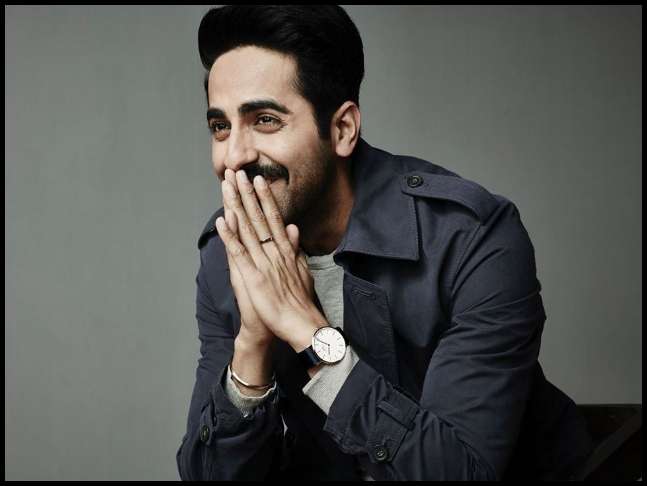 After that, he’s not looked back. Last year, Ayushmann carved a niche for himself in Bollywood by playing the blind pianist in Sriram Raghavan’s hit crime thriller Andhadhun. He followed this with Amit Sharma’s comedy drama Badhaai Ho in which he plays a middle-aged man whose mother gets pregnant. Then, for the first time in his seven year career, he accepted the serious role of a cop in Article 15 this year. Then reverted to being a cross-gender in the comedy Dream Girl. “If there’s an actor who is enjoying his cinema and is not afraid of his image when accepting a role, it is Ayushmann,” said a leading filmmaker. “He is worth the money he is charging. It is well deserved.”