Sanjay Leela Bhansali who was set to produce Randeep Hooda's next thriller will no longer be associated with the project. Peepingmoon.com has exclusively learnt that the maverick filmmaker who's currently working on the Gangubai project after his Inshallah with Salman Khan got shelved, has backed out of Randeep's film due to creative differences.

According to a source close to the project, "Bhansali was in talks with Sony Pictures India to jointly produce the film. However, Bhansali threw a typical characteristic fit and the deal fell through after the studio refused to bow down to every wish of his. Balwinder Singh Januja who makes the directorial debut with this film was also not happy with the changes Bhansali was asking for and requested him to sign an NOC so he can make the film independently. As things stand today, Bhansali has backed out and Sony Pictures India will now produce it. The international studio was apparently happy to back Januja's film considering he had written their last year box office success, Mubarakan." 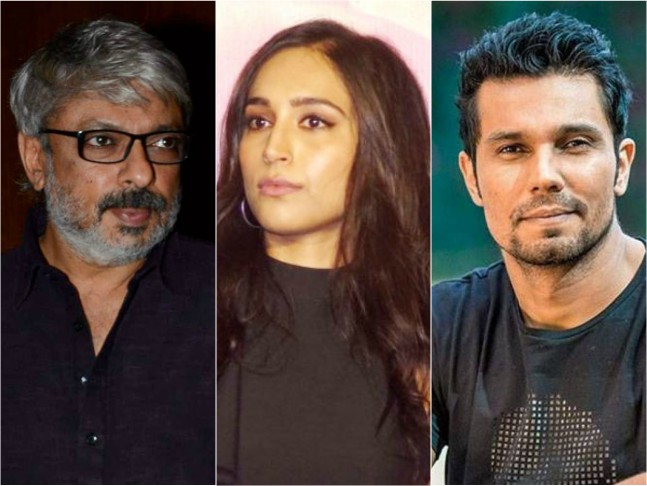 With Sony Pictures now on board, the yet-untitled mystery thriller with comic undertones is free to go ahead with the production. Randeep and the crew are said to have adjusted their dates and will kick off the shooting next month in Delhi. Zoya Hussain who made her Bollywood debut with Anurag Kashyap's Mukkabaaz has been paired opposite Randeep in this suspenseful adventure story.

Randeep, meanwhile, is currently in Scotland shooting for the final schedule of debutant Vivek Chouhan's Rat On The Highway, a thriller that revolves around an advertising professional who's unable to recollect the last 48 hours of his life. The actor also stars in Imtiaz Ali's next directorial that has Kartik Aryan and Sara Ali Khan paired opposite each other.