Actually, remember PeepingMoon.com suspected this in July? That the lovely actress Kriti Sanon would be Akshay Kumar’s co-star in Sajid Nadiadwala’s action drama Bachchan Pandey? We broke the story on July 26, and it’s come true now. Sajid, who gave Kriti her Bollywood break with Heropanti in 2014, and then cast her in Housefull 4 this year, was keen on casting her again in Bachchan Pandey opposite Akshay. Director Farhad Samji, who worked with Kriti in Housefull 4, was also of the same opinion and that’s how the actress bagged the role. 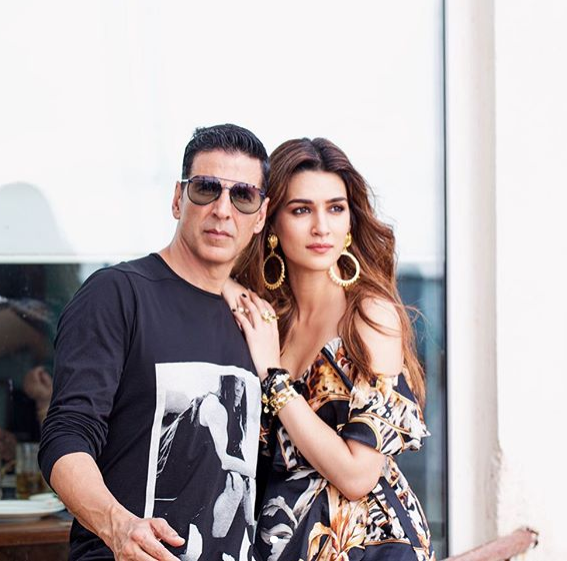 Bachchan Pandey is reportedly a remake of the 2014 Tamil blockbuster Veeram that starred Ajith Kumar and Tamannaah. However, there is no confirmation from Nadiadwala about this despite the fact that Akshay’s look in the film (in black lungi with golden border, with gold chains around his neck and a Nunchuk in hand) closely resembles Ajith’s look in Veeram. Akshay appears to be playing a warrior. And while his name is definitely North Indian, the actor’s grim, action look with the vibhuti on his forehead and the black lungi, gives the impression that his character is from the South. The film is slated for a Christmas 2020 release.