Don’t go believing all those imaginative stories floating around about aggrieved filmmaker Sanjay Leela Bhansali taking his project Inshallah to Shah Rukh Khan immediately after Salman Khan and he parted ways yesterday. They are simply too good to be true!

Salman and SLB had been collaborating on Inshallah from ever since with Alia Bhatt playing the senior actor’s young romantic interest. The film, which marked their reunion after Hum Dil De Chuke Sanam in 1999, was meant for Eid in 2020. Then something went wrong over the weekend.

There’s widespread speculation about there being creative differences between the actor and filmmaker on the script of Inshallah. Salman had reportedly asked SLB to rework it after the first half and especially the climax. For him, Inshallah was an Eid potboiler and not the tender love story that SLB had in mind.

Bhansali Productions has decided to not go ahead with In-shaa-Allah for now... Further announcement will be out soon... God willing@prerna982

Not being able to see eye-to-eye with his actor, SLB is believed to have decided it was better to drop Inshallah than change the narrative to suit Salman’s demands. This just when the film was ready to go on the floor with sets being mounted in different studios and the satellite and digital rights reportedly sold.

In the meanwhile, rumours began flying wildly that SLB had approached SRK with Inshallah. And SRK, who has not taken on any film after his disastrous outing with Zero last December, was supposedly glad to accept the second hand offer. It was believed a grateful SLB would announce his new actor soon. 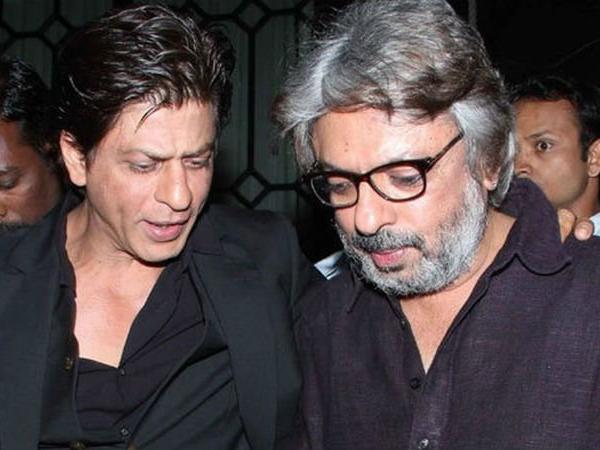 However, PeepingMoon.com sources say this story is utterly ridiculous. SLB has too much class to go rushing with his script to any mega star soon after Salman and he parted ways. And SRK would never accept Inshallah after Salman, with whom he is close friends, was out of it. That’s what friendship is all about.

But there’s another little rumour struggling to be heard that just might be of some interest. It seems that SLB has a romantic film titled Izhaar that was written with SRK in mind. It’s being thought of as a Bhansali Productions and Red Chillies Entertainment collaboration. Sources say, SLB might just go ahead with Izhaar and forget about Inshallah altogether.