As exciting as it may sound, the truth is that Shah Rukh Khan will not be doing legendary South filmmaker S. Shankar’s underwater sci-fi adventure as has been widely reported by some Bollywood media houses. PeepingMoon.com sources cannot say with certainty whether Shankar even approached SRK to do the film. “It is all hazy like the plot of the film,” said a source. Shankar, after the success of his 2018 sci-fi action film 2.0 starring Rajnikanth and Akshay Kumar, began working on this underwater sci-fi adventure about a marine octopus-like monster that has superpowers and an astonishing intellect. This was even while he was getting busy with Kamal Haasan’s Indian 2. The sci-fi film was reportedly going to be produced by a top digital streaming giant.

Shankar was said to have approached Hrithik Roshan first. But Hrithik reportedly said no either because he was too busy with his own Bollywood films or because he did not like the idea of playing the antagonist (like Akshay readily did in 2.0) for Shankar’s sci-fi film. So Shankar was supposed to have gone to SRK next. He is also believed to have approached Jackie Chan, Tamil star Thalapathy Vijay and Chinese actress Li Bingbing with pivotal roles in the film. 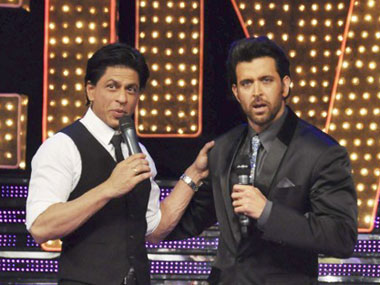 Sources close to Shankar say the filmmaker is keen on making India’s first underwater sci-fi film. He had planned the story of the gigantic octopus that is hunted for its special powers by a diver, a treasure hunter and a lighthouse keeper in 3D using the best underwater motion capture technology available. There is to be lots of high-octane action too in the film. Shankar’s script is complete. Now he needs to pitch it to international studios as sci-fi films are extremely expensive to make. He also needs lead actors. But scratch out SRK and Hrithik.