There’s unconfirmed buzz in the industry that Ashutosh Gowarikar’s historical period drama Panipat was hit by delay because lead actor Arjun Kapoor was keen on doing his own stunts in the war scenes and was determined to get the horse riding and sword fighting sequences perfect. That’s not all. The film, which is based on the third battle of Panipat that took place on January 14, 1761 between the Marathas and Afghan King Ahmad Shah Abdali, is also believed to have suffered a setback because the actors playing the Marathas took time to adjust to their sequences.

In Arjun’s favour it must be said that the hard-working actor put a lot of effort into getting into the skin of his character, the Maratha Army commander Sadashiv Rao Bhau. And this reportedly stretched the recent Jaipur schedule of Panipat beyond Gowarikar’s calculations. Arjun religiously worked on his body to shed all the excess weight and built up the kind of physique that Gowarikar wanted for a Maratha warrior. The actor even had to shave his head bald for the film and for nine months was never spotted outdoors without a cap or hat because he wanted to keep the look a secret. When he wrapped up Panipat at the end of July, Arjun went on Instagram to share his relief and wittily said, “Hats off to you, Ashu Sir!” 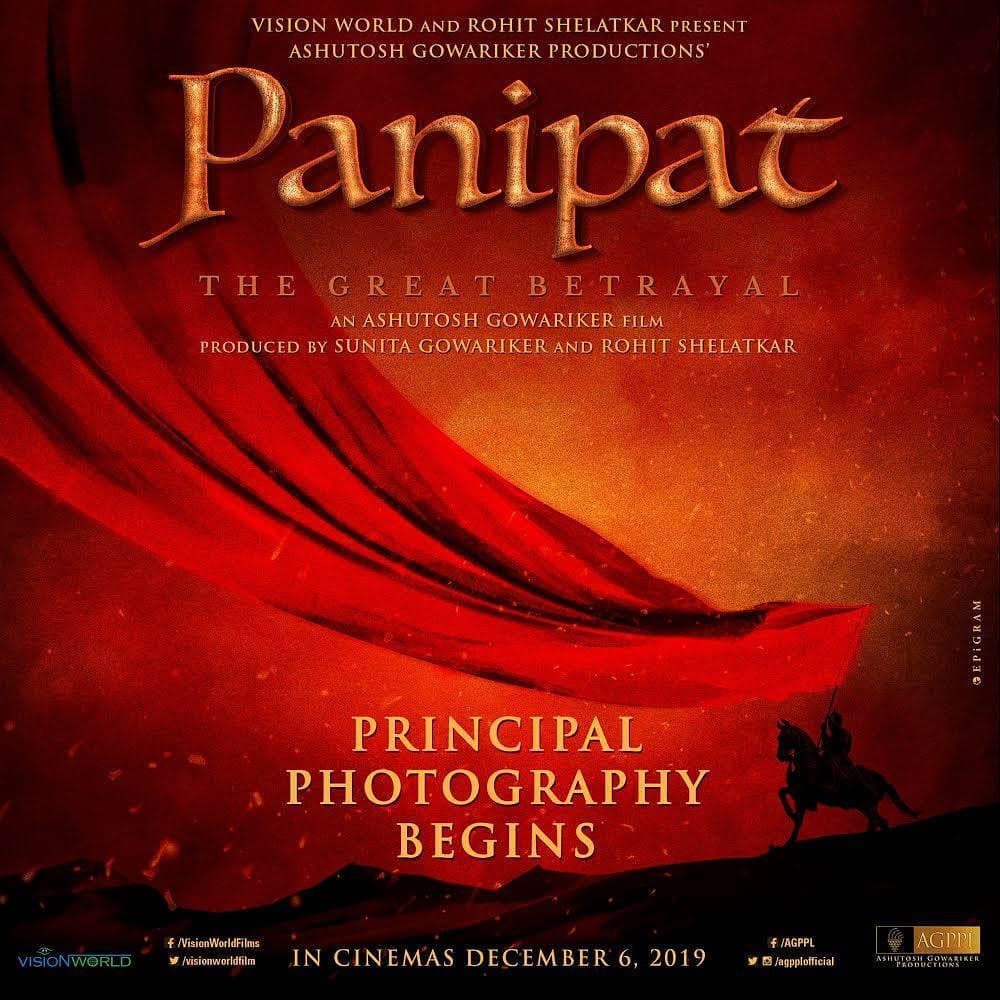 That apart, it is said, there was an important Narmada River sequence in the film that was to be completed in Jaipur that could not happen because of the Maratha actors’ poor timing which led Gowarikar to move his unit to the ND Studios in Karjat to shoot the last schedule of Panipat and do patchwork on the film.

At Karjat, veteran art director Nitin Desai recreated the majestic Shaniwarwada of Pune for the film. This was the seat of the Peshwas of the Maratha Empire until 1818. The Narmada sequence was apparently going to be finished at the Karjat studio. But news is that Gowarikar has now cancelled the scene due to time and budget constraints.

All that’s left on Panipat now are some historic scenes between the Afghans and Marathas that will be completed after Independence Day. The film also stars Kriti Sanon and Sanjay Dutt. Gowarikar is keen on showing the trailer of the film after September 22, which is when Dutt’s film Prasthanam releases.